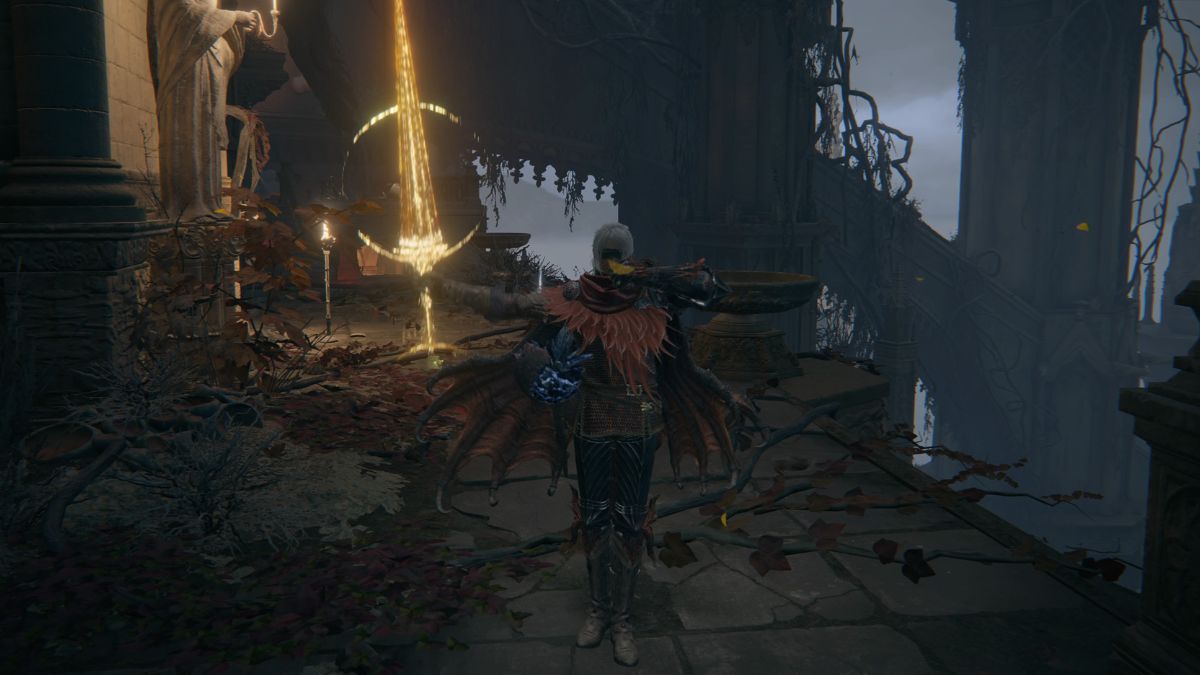 The Golden Order Greatsword is a weapon you should definitely try out if you plan on going with a faith build. This weapon scales almost entirely off of the faith stat and deals a combination of physical and holy damage. Its weapon art, Establish Order, releases an explosion and can be followed up by waves of light. Here is how you can obtain the Golden Order Greatsword in Elden Ring.

To obtain this weapon, you first need to make your way to the Consecrated Snowfield. This is a late-game area that you can access after you have reached the Mountaintops of the Giants. To enter this area, you need to obtain the Secret Haligtree Medallion halves from the following areas:

After you have obtained both of the medallion pieces, go to the Grand Lift of Rold and present the medallion to be taken to the snowfield. Once in the snowfield, travel north and go to the base of the frozen waterfall. Here, you will find an imp statue and a fog wall. Use two Stonesword Keys on the imp statue to remove the fog wall and access the Cave of the Forlorn. Defeat the boss in the cave to obtain the sword.