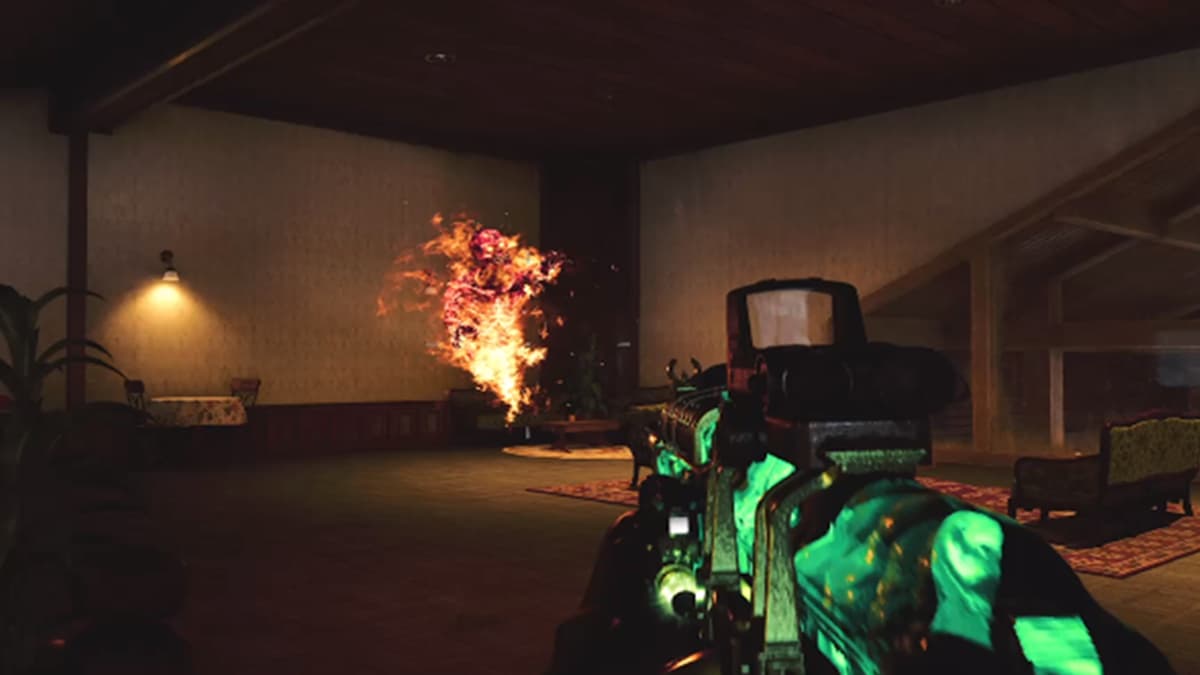 Call of Duty Zombies has always been a fun experience that doesn’t take itself too seriously. While it has a complicated storyline that can require a lot of research to understand, the amount of secrets and fun Easter eggs Treyarch fits in has always been present. It is not that rare that the developers work in a secret that will attempt to scare the player.

In Die Maschine, there was a jump scare that involved a new enemy called a Demented Echo. This upper half corpse bathed in flame would jump out and rush towards the player and get in their face while screaming. Fans of the Demented Echo will be happy to know that the enemy has returned in Outbreak. Here is how to find them and get the jump scare in Call of Duty: Black Ops Cold War’s Outbreak mode in Zombies.

Demented Echoes will spawn in certain buildings on all three map locations in Outbreak. They hide in corners and will rush at you when you either get too close or damage them. You can get the jump on them by finding the flames surrounding them in certain corners.

If you put enough damage into them before they hit you, they will explode and drop some rewards for you. That being said, unless you have a shotgun or wonder weapon, it can be challenging to take them down before they hit you. If they contact you, they will start their exploding sequence, and you will not receive anything. Also, be ready for a fight because many zombies will spawn when you start the Demented Echoes attack.

As mentioned above, there are predetermined buildings that the Demented Echoes can randomly spawn in. These locations can be found at: