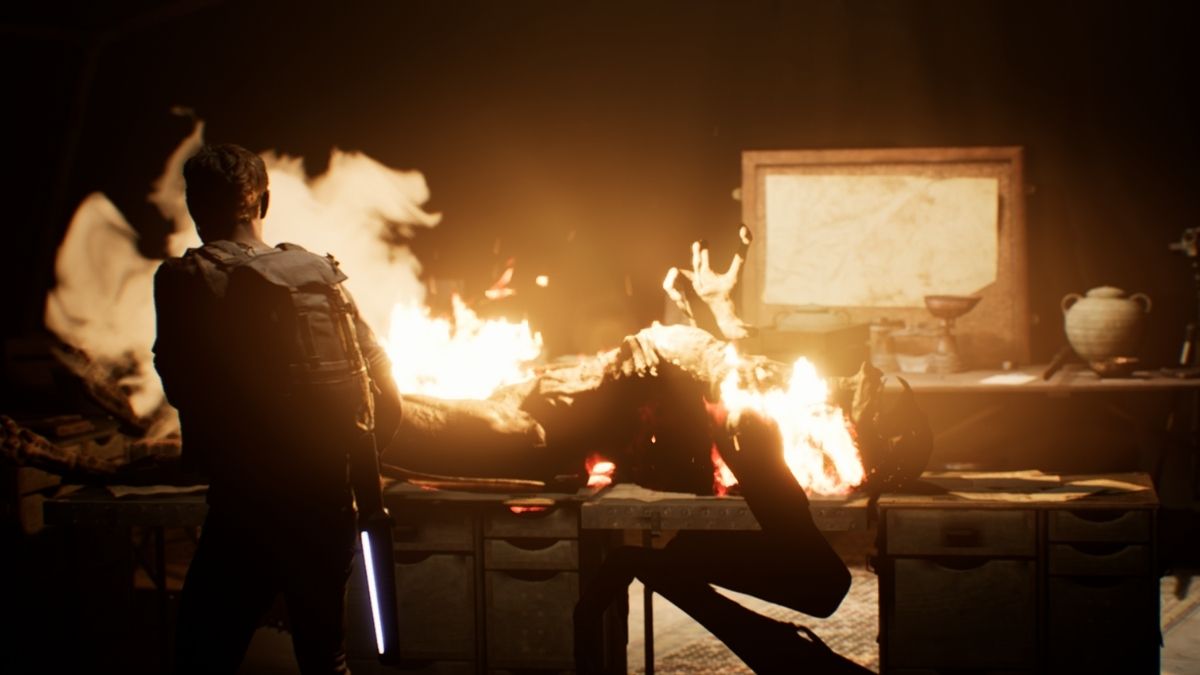 The Let Me Have a Go achievement is one of the more difficult achievements to obtain in The Dark Pictures Anthology: House of Ashes. This achievement requires three different characters to use the UV wand against a creature throughout the story. When attempting to get this achievement, avoid quitting the game since that has reportedly caused a bug that prevents the achievement from appearing. Here is how you get the achievement.

Get Eric to do an autopsy and kill Joey

For starters, you will need to make sure Eric stays alive and get him to perform an autopsy on a dead creature. This is done by taking the following actions.

After the autopsy, Joey will make an appearance outside the temple. After Joey and Jason fight, Eric will run out and use the wand on Joey for the first use of the wand.

Have Salim save Rachel and Rachel save Eric

During The Assault chapter, the temple will get raided by a ton of creatures at once. After escaping to the catacombs, the group will take a stand and fend the creatures off. During this sequence, have Nick use the crucifix whenever he sees Kurum or Balathu. Eric will run over to save him but get caught by the vampire instead.

Next, have Salim target the creature that attacks Rachel instead of the one attacking him. This will save Rachel and give her the option to run away or save Eric. Choose the option to save Eric and she will pick up the UV wand for usage number two.

Near the end of the story, Nick will receive the UV wand from Eric before heading down to plant explosives. Fail the QTE as Nick when setting the explosives and choose the retreat option. This will lead to an attack. Succeed on the first QTE here and fail the second one. This will force Nick to use the UV wand for usage number three.