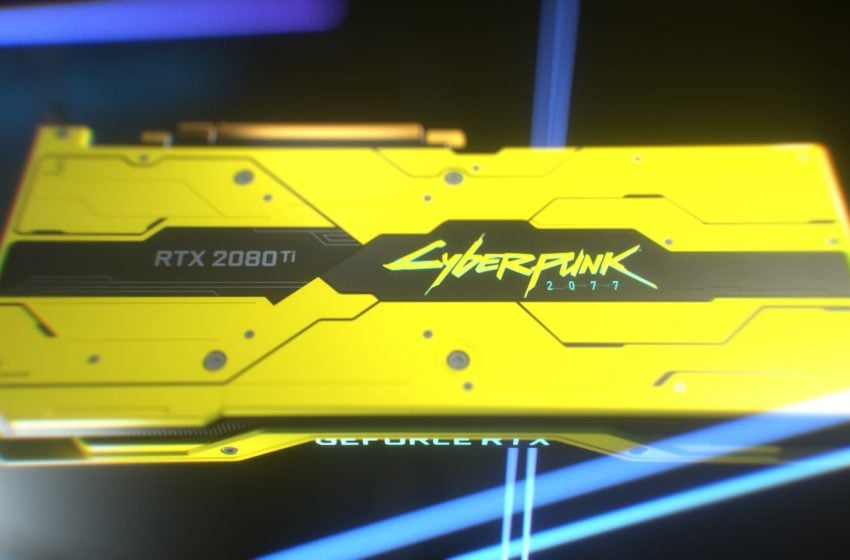 The moment was all knew was coming finally arrived as Nvidia has unveiled a limited edition Cyberpunk 2077 themed RTX 2080 Ti. The entire run is limited to 200 units, and they will not go on sale. The good news is that Nvidia is holding a competition where they plan to give away 77 of them to lucky winners. What happens with the others is anyone’s guess, but something tells me we are looking at one of the most sought after computer components of the year.

The raw grunt of an RTX 2080 Ti combined with the neon yellow of a dystopian future? It is an impossible combination to resist. Even better news, entering the competition to win these is neatly thematic, as all you need to do is sacrifice your privacy and head for the World Wide Web, and you preferred social media platforms.

And there you go, that’s all you need to do to be in with a chance of winning one of the best graphics cards on the market, in the style of one of the hottest upcoming games, that will either power your gaming to new heights or posses pretty insane resale value for people who might need some extra credits.