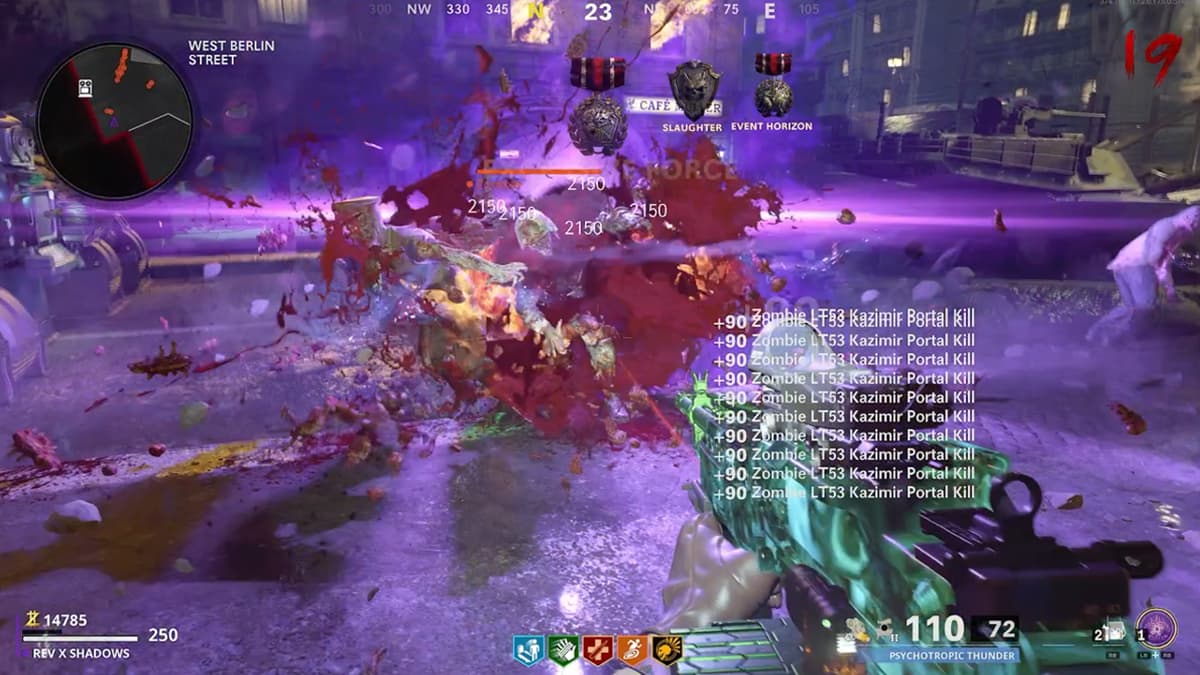 Call of Duty Zombies is no stranger to playing with areas of reality that are far too complicated for the human mind to comprehend. From time travel to stealing souls and using them to power a variety of different contraptions, the series is no stranger to playing with weird science. With that in mind, let’s take a look at the LT53 Kazimir Tactical Grenade, the newest piece of equipment to come to Call of Duty: Black Ops Cold War Zombies. While it made its debut alongside Mauer Der Toten, it can be accessed on any Black Ops Cold War Zombies map. Here is how to craft it and if it is good enough for you to consider making it.

The LT53 Kazimir Grenade is very simple to make in Call of Duty: Black Ops Cold War Zombies. It acts like other traditional tactical and lethal equipment and can be made at a Crafting Table. However, it is much more expensive than any other item in its category. We have also seen zombies drop it when killed, but the rate it does seem to be exceedingly rare.

The LT53 Kazimir Tactical Grenade costs 2,000 uncommon salvage to craft. Granted, you will come across plenty of uncommon salvage as you play, and if you get into higher rounds, you will have more than enough to spare, but nothing else comes close to making that kind of dent in your resources.

The reason it costs so much is simple. This grenade, even though in the Tactical section of equipment, is entirely lethal. You throw it out, and it creates a black hole that will suck in any nearby zombies and can wipe out a whole horde of them. Dozens and dozens of zombies can be pulled into this trap. It is essentially a get-out-of-jail-free card for when you find yourself getting cornered by regular zombies.

However, there are some downsides to it. For starters, you can only carry one at a time, which is fair considering how powerful it is. Also, it does not suck in any tougher enemies like Disciples, Mimics, Manglers, etc.

Regardless of its drawbacks, if you have a chance to craft an LT53 Kazimir, we thoroughly recommend it. It is so much fun watching zombies get pulled into it and is just a generally great item, especially for exfils.