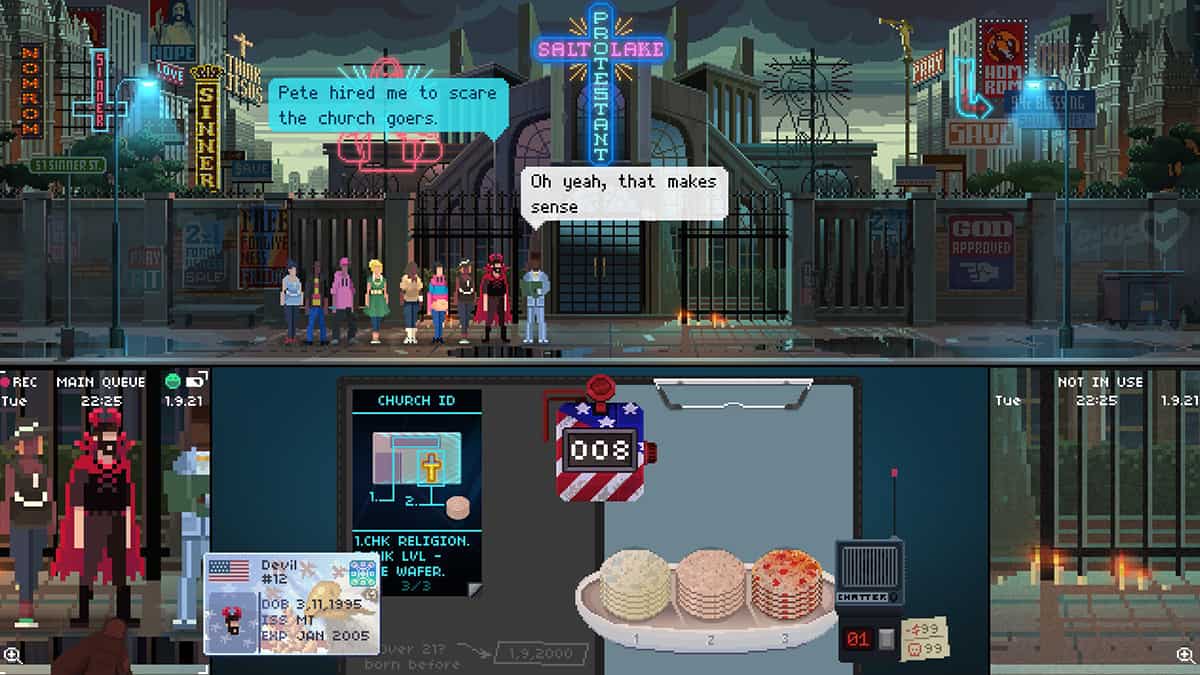 In Act 2 of Not Tonight 2, Malik heads to Salt Lake City searching for Eduardo’s aunt, Angel. He’s told that she might be associated with the church there. When Malik gets there, he meets a pastor named Peter, who also pretends to be a man with a mustache named Pete. He knows of Angel but says she’s no longer with the church. He has information on her stored in the church records, but to get ahold of that lucrative information, you need to increase your reputation with the church by being religious. With each religious act, you are awarded one religion point. You need to get five religion points to get info on Angel. However, if you want to get the Mega Religion achievement, you need to get the highest religion score possible, eight points.

At the end of day two, Pete will tally up your score. If you’ve done every task listed above, you should have eight points that will unlock the Mega Religion achievement. It will also unlock the ‘Devils are cool though’ achievement, which is for not allowing the devil into the building during either one of your shifts.