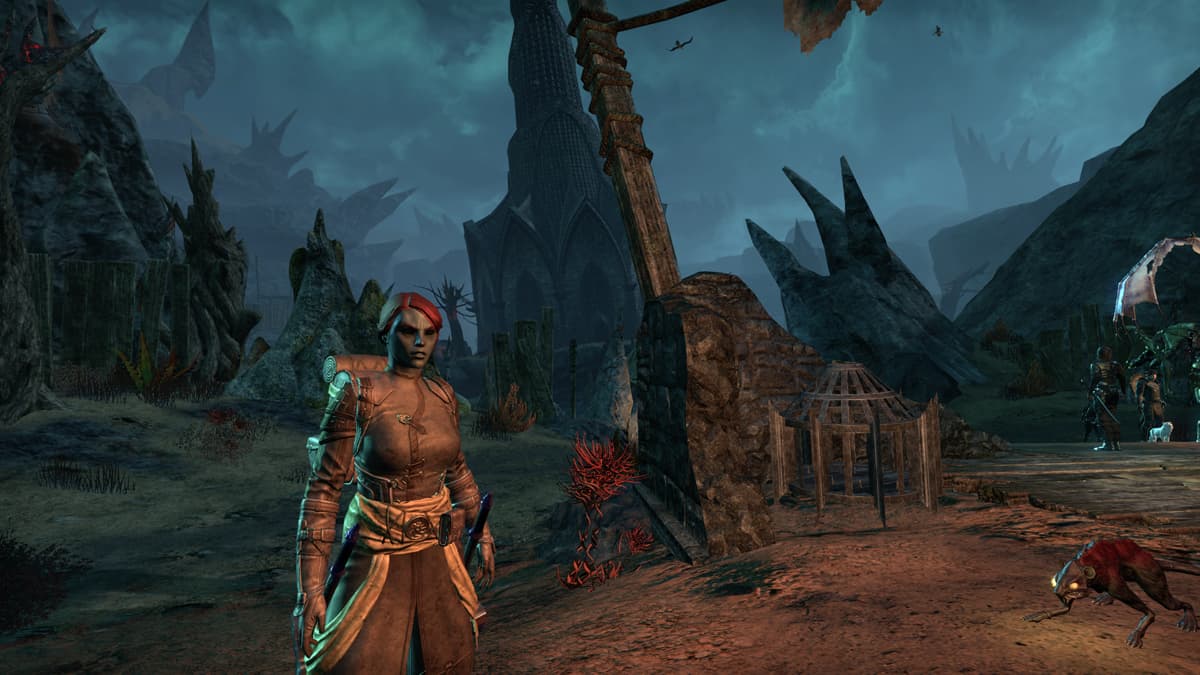 The Deadlands DLC for Elder Scrolls Online sends players to Oblivion, so you may as well look the part? If you want to fit in with the locals, you can unlock a new outfit fit for exploring Oblivion. If you follow it long enough, you’ll gain access to some pretty cool gear, including the Oblivion Explorer Garb outfit. If you’re jealous of other players running around in the outfit, here’s how you can unlock it.

The Deadlands DLC begins in the city of Fargrave. You can get there by teleporting to it from your map. Once you arrive, you’ll meet the Anchorite, working against the Order of the Waking Flame. She’ll have you meet her at the House of Whims, and once you leave the conversation, you’ll begin the Celestial Palanquin quest. This is the first of six main story quests of the Deadlands, and the good news is that you only need to finish the third quest to unlock the outfit.

Here are the quests you’ll need to complete:

Once the conversation with Lyranth is complete, she’ll reward you with the Oblivion Explorer Garb.

To equip the Oblivion Explorer Garb, go to collections, appearance, and costumes. It’s a fun brown tunic with yellow sashes and an explorer’s backpack that makes you look ready for adventure.