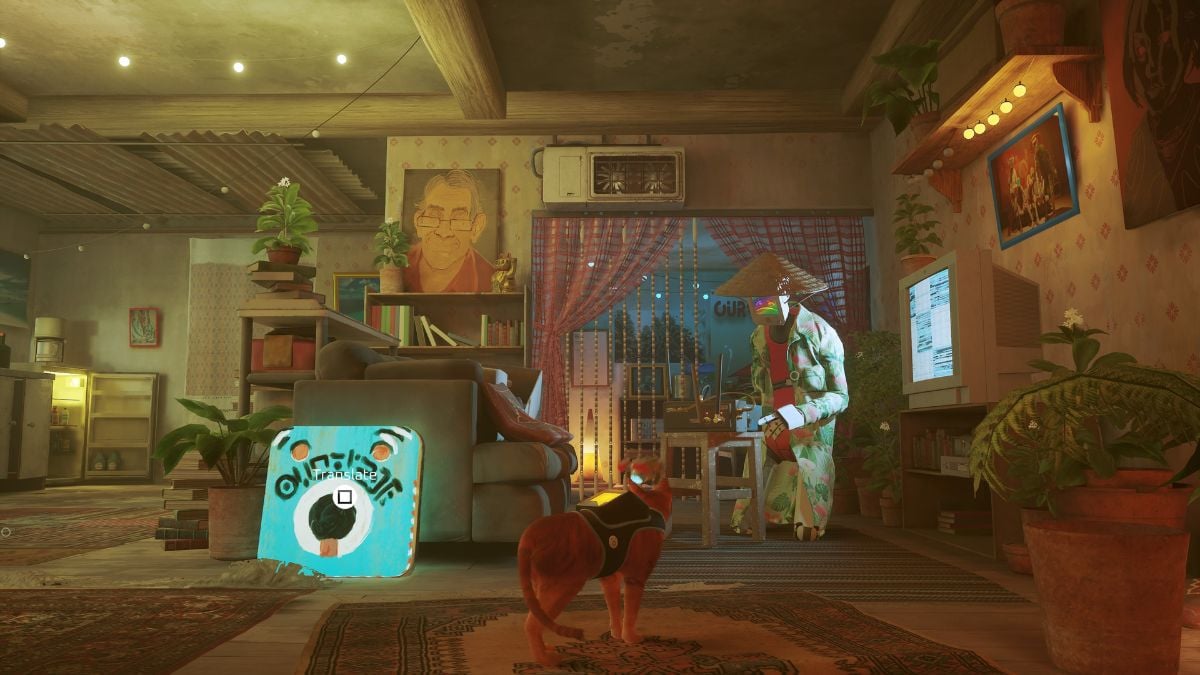 When playing Stray, it doesn’t take long for you to learn about the Outsiders. This small group of robots had the goal of getting to the outside so they would no longer need to live in the dark. Unfortunately, the band of heroes broke up and the only one left in the Slums is Momo. He gives you his notebook to learn his side of the story. There are still three other Outsider Notebooks to find in Stray.

The first of the Outsider Notebooks and the only one that you are directed toward is Clementine’s. After jumping onto the windowsill of Momo’s apartment, B-12 will point out the Outsider Symbol on the building directly across from your location. Make your way over to the window and jump through it. Once inside Clementine’s apartment, go through the wood and glass doorway and make a left. This will take you to a back room where you can find the notebook sitting on a table next to a computer screen.

After leaving Clementine’s apartment, it is time to go to Doc’s. Go to the back of the Slums where the Outsider Symbol can be seen on a balcony. Enter Doc’s apartment and go to the back of it where you can find a bunch of books stacked up in a doorway. Go through the books to find a note addressed to Doc laying on his bed. This will get you the key to his safe.

Go to the middle row of bookshelves and jump on the stacks of books to knock them over. This will reveal the safe on the bookshelf. Use the key to open the safe and grab the notebook from within.

Once you are on the rooftop, go to the left of where the spinning fan is to find the power core. Remove the power core to stop the fan and then jump down into the apartment. Once inside the apartment, you can find the notebook by knocking over the cardboard boxes that are stacked up.