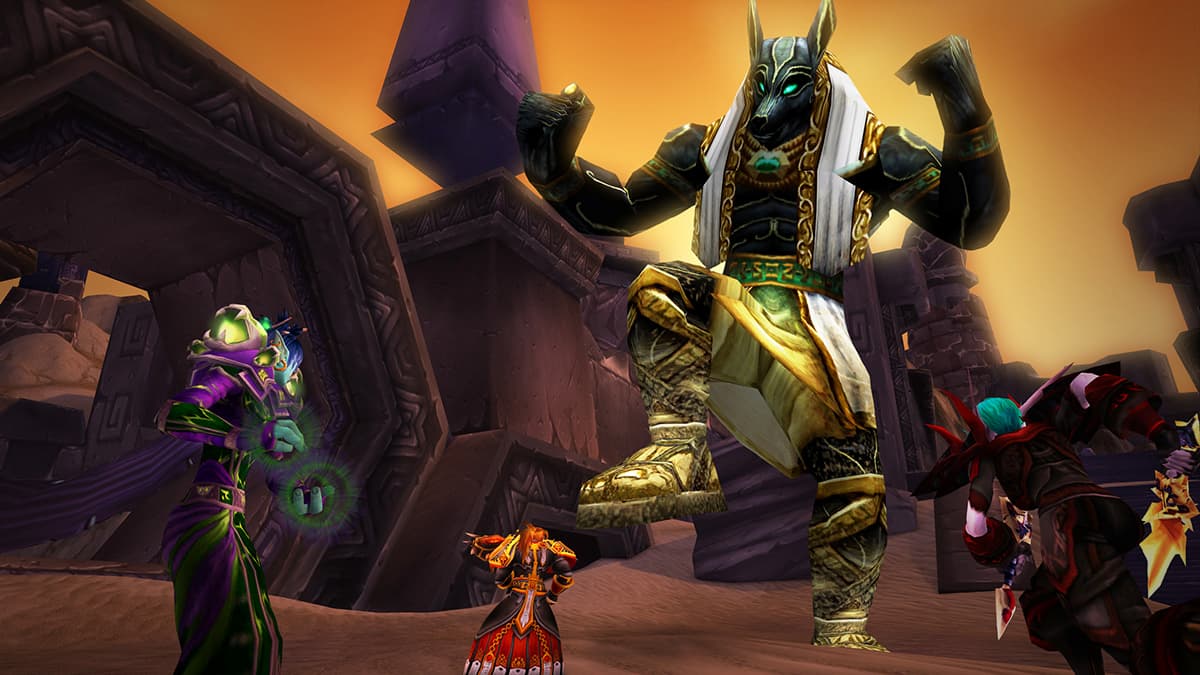 World of Warcraft has brought back their “micro-holiday” known as Call of the Scarab for a few days. It’s a celebration of Ahn’Qiraj’s gates opening all the way back in the vanilla days of WoW, and part of this event lets you ride a pair of mounts for a limited time. Let’s find out how to get your hands on the Ruby (for Horde players) and Sapphire (for Alliance characters) Qiraji mounts.

The Qiraji mounts can be purchased with a single Abyssal Crest. You can earn this by defeating some of the bosses found in the areas outside the Ahn’Qiraj temple and ruins. There are four zones you can use: the Twilight Outpost, the Twilight Base Camp, the Twilight Post, and Twilight’s Run Cave.

Return to Silithus and find Warlord Gorchuk on the Horde side or Field Marshal Snowfall for the Alliance. You can exchange your Abyssal Crest for the Ruby/Sapphire Qiraji Resonating Crystal, but keep in mind that these will not add the mounts to your normal Mount tab. They will stay where you place them in your bag, and you will have seven days to enjoy riding them around before they disappear until the next Call of the Scarab event.