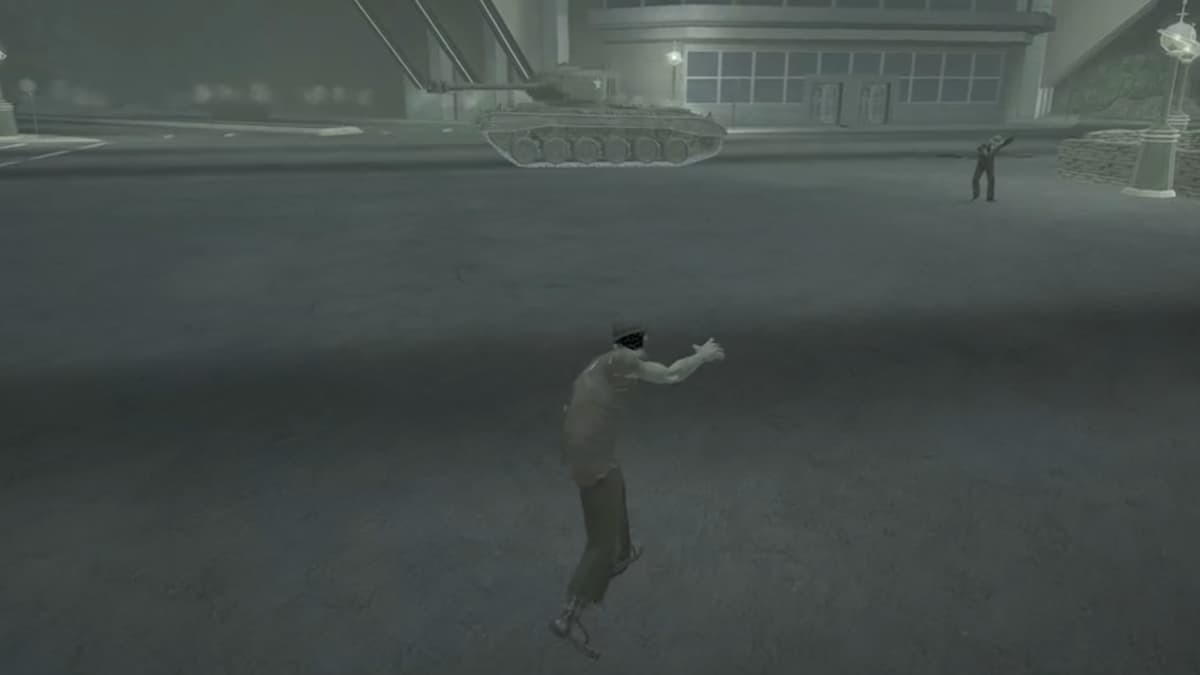 Stubbs the Zombie in Rebel Without a Pulse is a game that feels like it belongs on the original Xbox console in many ways. One of the few additions made to the re-release of the game is that it now has achievements/trophies. Within these achievements is Tanks for the Memories that will require you to get ten kills inside a tank. Here is how to unlock it.

To complete this achievement/trophy, you will need to play the level called Paved with Good Intentions. It is the second to last level story in the story and will have you continuously fighting past enemies down various streets.

In the second section of the level, you will come across some soldiers set-up around a tent. By this point, you are going to want to have your flatulence attack charged up. If it is not, eat as many brains as possible to fill up its meter.

Once you get to the tent and start dealing with the soldiers, a tank will begin rolling down the street. Be careful; if it shoots you out in the open, it will one-hit kill you. Instead, you will want to use the environment around you so you can get up and close to the tank. If you have any zombies, they can distract the tank driver long enough for you to get close.

When you are next to the tank, use your flatulence. The tank will immediately stop, and the driver will hop out onto the street. Kill him, then jump in.

Now that you are piloting the tank, all you need to do is get ten kills with it. You will know you are aimed properly on an enemy when your crosshair turns red, but the explosion is pretty friendly, so just get close, and you should get the kill.

If you die or reload the checkpoint, any kills you have will carry over. The hardest part of this achievement is getting close enough without the driver shooting you.