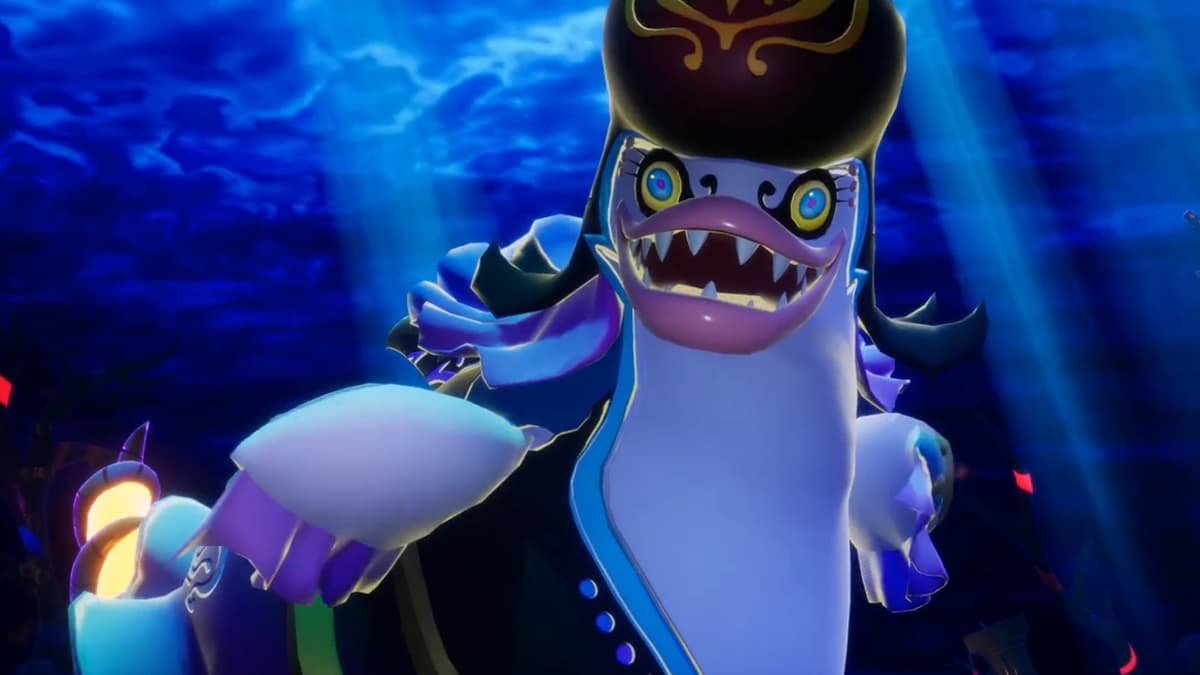 In Chapter 2 of Balan Wonderworld, you will be freeing a diver who has been corrupted by Lance following an accident that saw her hurt by her companion dolphin. The boss will take the form of some deep-sea creature and, just like other boss fights, will require you to damage it three different ways to earn all three trophies for the three fighting styles. Here are all three fighting styles and how to complete them in Chapter 2 of Balan Wonderworld.

This boss fight will take place on a slow-moving bridge. The boss will almost always be out of your reach, so your attacks need to be taken at the appropriate time. The two costumes you need for this fight will be on either side of the bridge, moving alongside you, so you can grab them whenever required.

As the fight begins, the boss will likely try to catch you in a ring of darkness, though it is slow to activate. Just be sure to move out of the ring once you see it.

For the second fighting style, the boss will summon a column of water that will splash onto the bridge. At that time, you need to equip the Dynamic Dolphin costume. Ride the current in the column until the end, where you will be launched into the sky. Land on the boss to land the hit.

The third and final fighting style is accomplished similarly to the first. Instead of jellyfish, the boss will shoot out rows of balls. With either the Jellyjolt or Tornado Wolf costume equipped, jump into one of the balls, and you will launch it back to the boss, finishing the fight and rewarding you with three trophies for your fighting prowess.