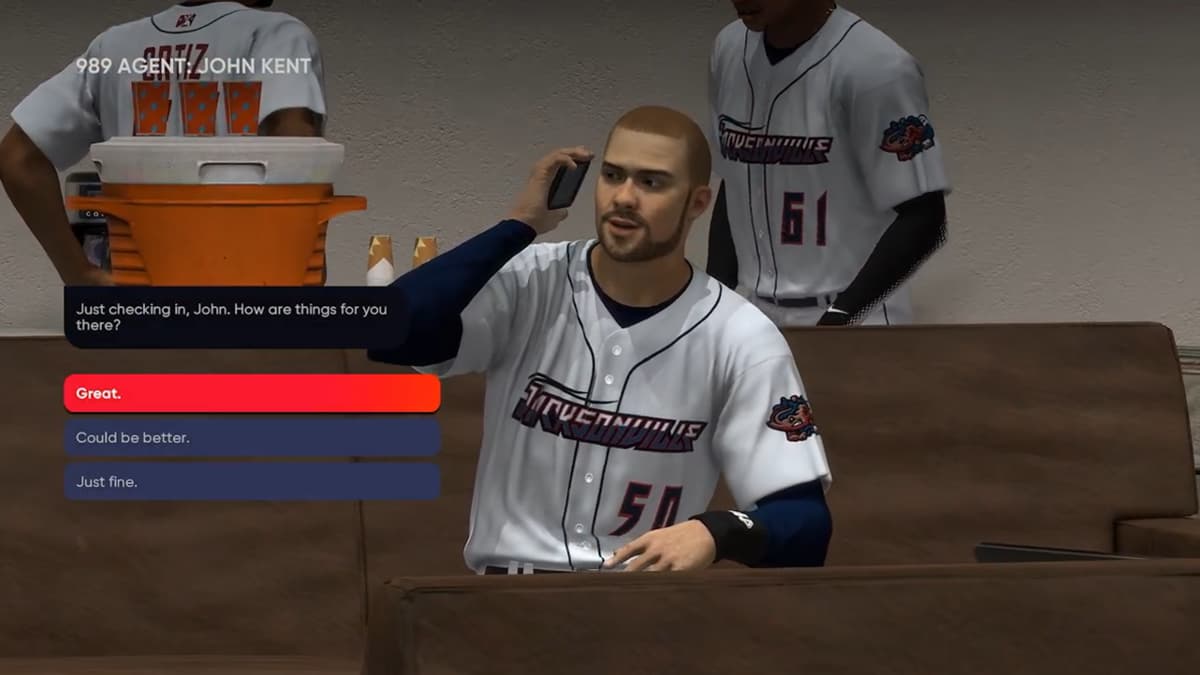 Trades are not an uncommon occurrence in Major League Baseball. If a team is looking to improve themselves in one aspect of the game, they often will offer up a player in exchange for another from another team. In real life, the players don’t usually have too much say in whether they get traded or not or to what team they are sent. However, things are different in video games. Here is how to get traded in Road to the Show in MLB The Show 21.

In Road to the Show, you are given a choice at the beginning to either be drafted by a random team or a particular team you like. If, for whatever reason, you end up wanting to play for a different organization, you can start putting that into motion, although it will take some time.

Randomly throughout a season, your agent will call you in the locker room. He asks you how you are feeling about things at the moment. You can respond with “Great,” “Could be better,” or “Just fine.” If you want something changed with your situation, let your agent know things could be better. He will ask what the issue is, which gives you the chance to ask for a trade, a promotion, or even a different role on the team. If you are ever traded, you will get the notice from your agent.

Unfortunately, especially early in a player’s career, they have almost no say in whether they are traded or not. The team holds total control over your contract, so you will most likely have to go multiple years before the team will honor your wish and trade you to another team. That being said, if you are performing well and have a star player blocking you from seeing the majors, it could be a good idea to ask for a trade so you can see if you can make it with another team. It will not guarantee a move, but it is worth a shot.