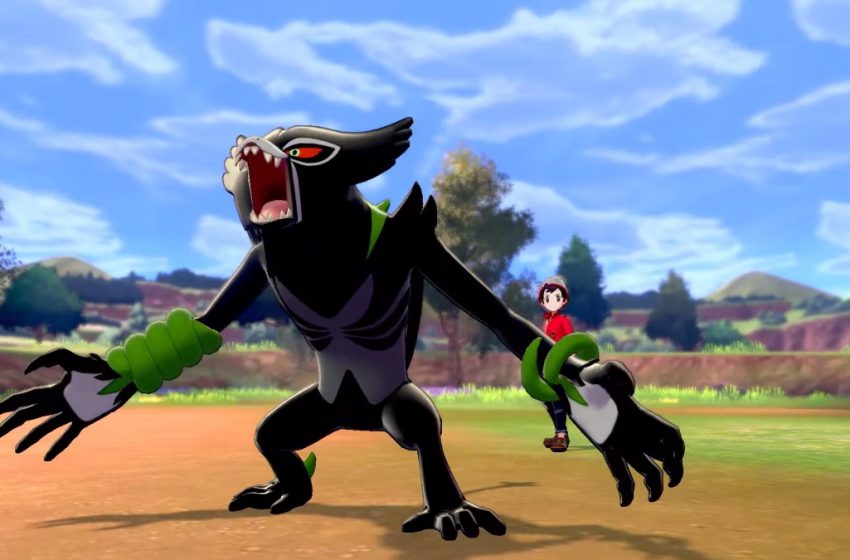 The latest mythical Pokémon to come to Pokémon Sword and Shield is Zarude, the rogue monkey. The mythical Pokémon was announced as apart of the Pokémon Day celebration, complete with its own trailer.

At the time of this writing, Zarude is currently not available in the game. If you’re on the hunt for the Pokémon, you may have to wait for a future update to Sword and Shield before you can add them to your collection. While you cannot obtain it at this time, The Pokémon Company did share a handful of details about it.

We know it’s a Dark and Grass-type Pokémon. Its ability is going to be leaf guard, which prevents a Pokémon from being afflicted by non-volatile status conditions and the ability yawn. The ability does not prevent a Pokémon from falling asleep if they use rest on themselves to regain their health. Other than that, we also know that when Zarude fights, “it swings around using trees and their branches, attacking relentlessly with its sharp claws or any other means it has. Its quick wit helps it excel in battles.”

We’ll be updating this guide in the future when we learn more details about when and how we can obtain Zarude. Because it is a mythical Pokémon, it’s likely going to take a bit of effort, and eager trainers will need to rise to the challenge to capture it.