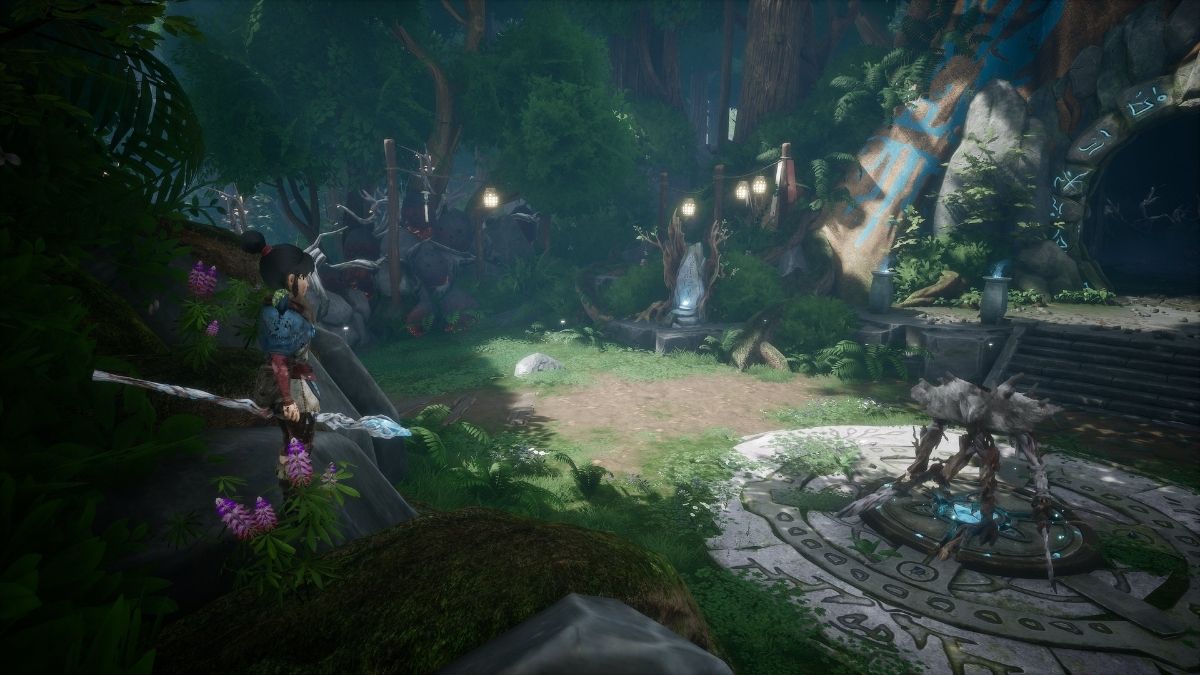 You will come across the Sprout Captain boss once you reach the Forbidden Forest. After cleansing all the shrines, you finally open the door to the Guardian Tree only to find a boss waiting for you on the other side. The area quickly gets consumed by corruption and you are facing down a boss who likes to swing wildly. There is a way to glitch this fight and win it easily. Here’s how.

After the boss door opens, take a quick look around the arena. On the opposite side of where the boss spawns from, you will see a large tree with roots protruding out of the ground and rocks intertwined in them. Look at the picture below for reference.

What we are going to do is get on top of those rocks. This is easier said than done. Technically, you aren’t allowed to just hop up on the rocks and be done. You can, however, be hit out of bounds up there.

Position yourself in front of the rocks and bait the Sprout Captain to do its slam attack. It helps to be standing slightly on the rocks in between the two roots like in the image. When the Sprout Captain hits you, it will force Kena up onto the top of the rocks. From here, the Sprout Captain won’t be able to land a finger on you. In fact, the boss should just give up on trying to attack you and instead pace back and forth in the arena. Take out your bow and go to town on the boss until it’s dead. This is especially useful on Spirit Master difficulty when the boss can easily take you down in a few hits.