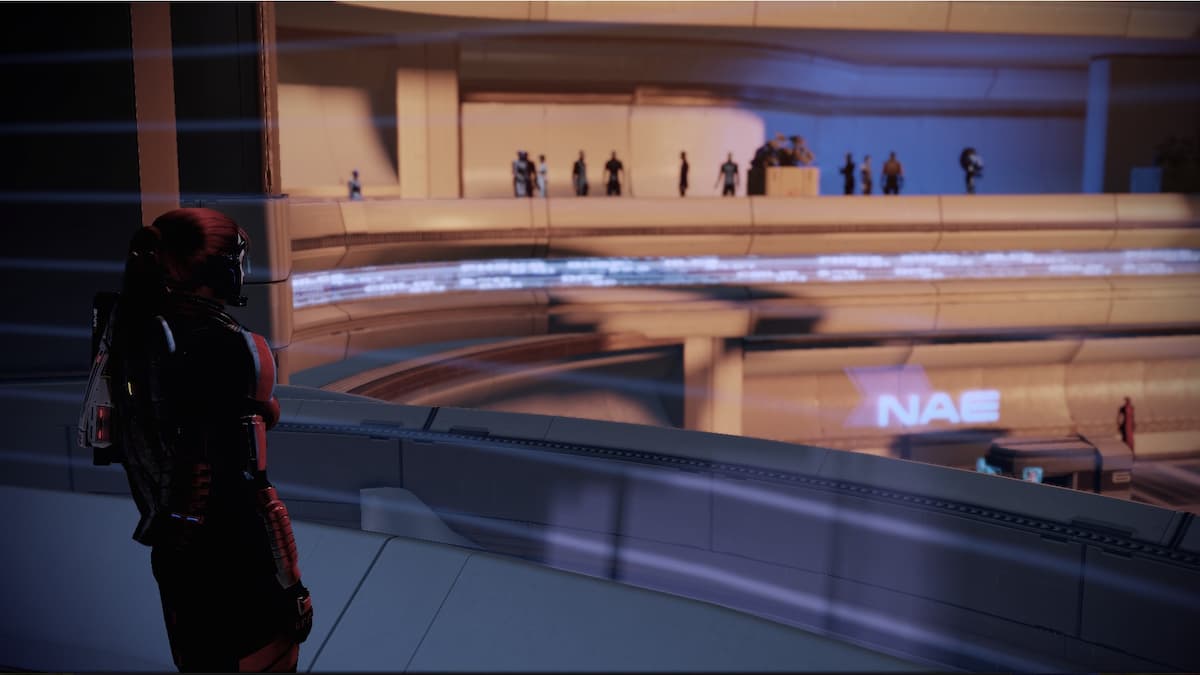 When you make your way over toe Illium in Mass Effect 2 Legendary Edition, you’ll be running into an old friend, Liara. She’s changed quite a bit from when you initially found her in Mass Effect 1. While she won’t be a returning companion you can take with you on the Suicide Mission, you can give her a hand on Illium by hacking nearby terminals to discover the vulnerable data, as a way to track down the Shadow Broker’s associates to figure out how the information she’s learning is being leaked to him. These are all of the security node locations and where to find the vulnerable data.

You can find all of the terminal locations in the lower market are on Illium, close to where the Memories of Illium, Gateway Personal Defense, and Baria Frontiers vendors are located. There are three terminals to find. Each one has you complete one of the hacking mini-games where you need the match the hack code pictured at the top of the screen on the grid. After you complete the hacking mini-game, you have to find the vulnerable data port nearby before the timer runs out. You have a minute each time.

The first hackable terminal is immediately to your right when you enter this area.

The vulnerable data port location is on the left side of the map, overby Baria Frontiers. This will be timed.

With the first terminal down, you can go after the second terminal, which is on the right side of the entrance you walked in to enter this area.

The vulnerable data port that appears after completing this hack will be right behind the Memories of Illium vendor.

The next terminal is behind the Gateway Personal Defense vendor, on the right is of the map.

You now have access to the final piece of vulnerable data. You can find it over by the tracking office.

Once you’ve visited all of those terminal locations, you can return to Liara to report what you’ve found. You may not have discovered the one who was behind it, but you helped point Liara in the right direction.