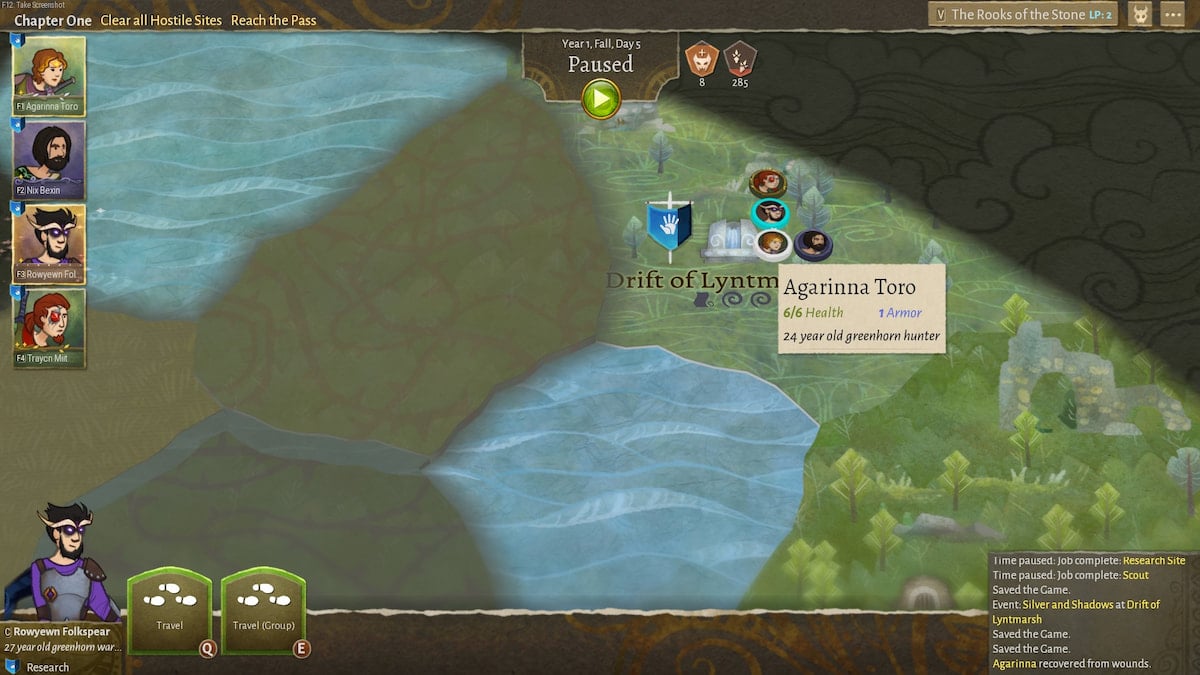 Wildermyth is an RPG adventure where you and your band of characters work together to battle a growing evil spreading throughout your land. The epic tale is broken up into various chapters, with the enemies becoming stronger in each chapter and after each battle. Some of your heroes might take damage after a fight, and you don’t want to jump into the next encounter when your most powerful characters only have a few health points.

The best way to heal in Wildermyth is to have a character wait on space and perform a basic task on the larger map. A character can heal while scouting, researching a site, building defenses, or remaining idle on a tile. The downside to having a character idly resting on a tile in Wildermyth is you have to worry about calamity cards and incursions. Calamity cards are direct upgrades to the enemy decks, giving you stronger foes to fight against throughout your campaign. An incursion is when a large group of enemy forces are attempting to run through the lands you’ve claimed, potentially destroying them if you don’t stop them. An idle hero can heal, but they’re progressing the campaign.

Alternatively, heroes with unique abilities and weapons can receive healing during a battle. For example, a hero that has the Shadow ability will slowly grow shadow limbs. They also gain the Harvest attack, which allows them to heal whenever they use that ability and destroy an enemy. Thus, there are only a handful of rare ways for heroes to heal during a battle, but we have not encountered any health points of healing spells that directly give health points back.

The best way to heal is to do when you’re operating on the larger map in your campaign for Wildermyth, and planning where to place your heroes. Sometimes it’s better to let heroes remain idle for a few weeks so they can regain their strength than sending them into a battle.