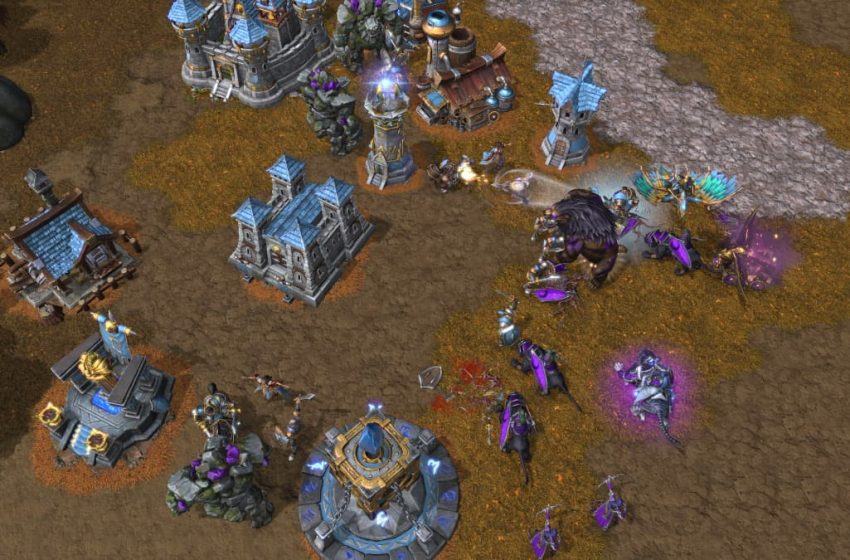 Healing your units is crucial in Warcraft 3: Reforged. It allows you to keep them going, provides you with troops who are consistently ready for a fight, and you can do it in the middle of combat. There are a handful of units for each side that provide healing. It’s important to point those out before rushing off into battle.

For humans, you want to rely on the priest. A priest has a variety of spells available to them, such as Dispel Magic and Inner Fire. Of the three available spells, Heal, and Inner Fire go off automatically, so if you place your priest in the back of your forces, they should heal them without needing you to send them orders. You will have to watch them and make sure the enemy doesn’t directly go for them. Other than that, if you have them in your army, they should do their job and try to keep your soldiers alive.

The priest’s healing focuses on a single person. Additionally, Humans have access to the Paladin, a hero character who can also heal friendly units. The amount they heal goes up as they level the ability up. A Paladin cannot use it to heal itself.

The Orcs have access to a witch doctor, and it gives they have an ability called healing ward. Any damaged ally unit standing near the healing ward will recover hitpoints. After the ability goes off cooldown, a witch doctor can place multiple healing wards down at once. These wards do have a small number of hitpoints, so they are easy to destroy, but if you place numerous down behind your units, it should keep them eager to continue combat and ready to face the enemy.

The other unit capable of healing is the Shadow Hunter, which is a hero unit. The Shadow Hunter uses a healing wave that bounces between units and increases how many units it touches withe every higher-level of the ability.

The Night Elves have the Druid of the Claw that’s a bit more aggressive than the other healing units. They can become a giant bear and wreck havoc on the battlefield, but they can also cast rejuvenation on their allies to heal them over some time. The spell lasts for 12 seconds, recovering for a total of 400 hitpoints. Given how many health points it provides over a while, it’s ideal to use on heroes and more robust units.

Night Elves can also build the building called a Moon Well. It allows any unit around it to heal when you choose it. You can only do this if the Moon Well has enough resources, and you have to pick the unit. The Druid of the Claw is good for single-use heals during a battle, but it’s more for hero units. The Moon Well is also limiting because Night Elves need to have their units around the building to make use of it, which doesn’t help during a fight.

The Undead faction works a bit differently. They rely on blight regeneration to heal their units, which is when a unit is standing over a space with Blight on it. The undead faction needs to rely on their buildings, generating an area of Blight to regenerate appropriately, but they also have a handful of helpful units who can do the same.

The Death Knight, a hero unit, can heal with their Death Coil ability. The Undead faction also uses Obsidian Statues, which is a flying unit capable of using helpful magic abilities on the battlefield. The Statue automatically heals damaged allies using the Essence of Blight ability. These units are great to have in any undead army, but they’re more of a supportive unit that you need to watch out for and protect during any engagement. However, the Obsidian Statue can also transform into the Destroyer flying unit.