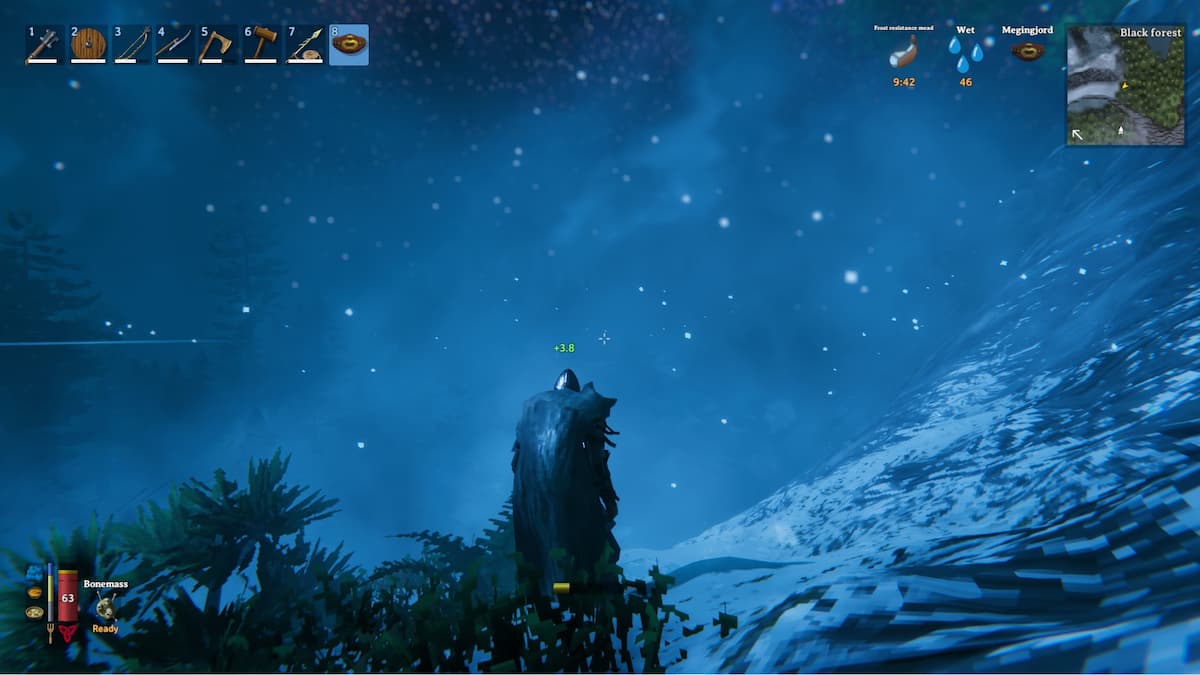 Adventuring in the Mountain biome of Valheim is not an easy task. Not only do you face the bitter cold and have to find methods to survive it, but you also have to contend with various aggressive creatures consistently hunting you. One of the more common monsters you’ll find is a Drake. They’re not massive, but they can gang up on you pretty fast, and their frost attacks can push you off the side of a ledge if you’re not paying attention.

You’ll probably hear their wings and their roars before you see them. They don’t appear to land, so you’ll have to rely on using ranged attacks from your bow to do any damage to them. We were able to catch them using a harpoon to prevent them from flying away too often. The harpoon is not required to take it down, but we recommend it if there are a pair of you attempting to fight it. Drakes are also a good sign that there could be some dragon eggs nearby, which you’ll need to summon the fourth Forsaken boss, Moder.

Overall, a drake is troublesome, but you can keep them in place with well-placed attacks and a careful harpoon. They fire out multiple frost attacks against you, but these are easily dodged or blocked. Drakes will drop freeze glands and a drake trophy. The drake trophy is extremely useful as it allows you to learn how to make the drake helmet.