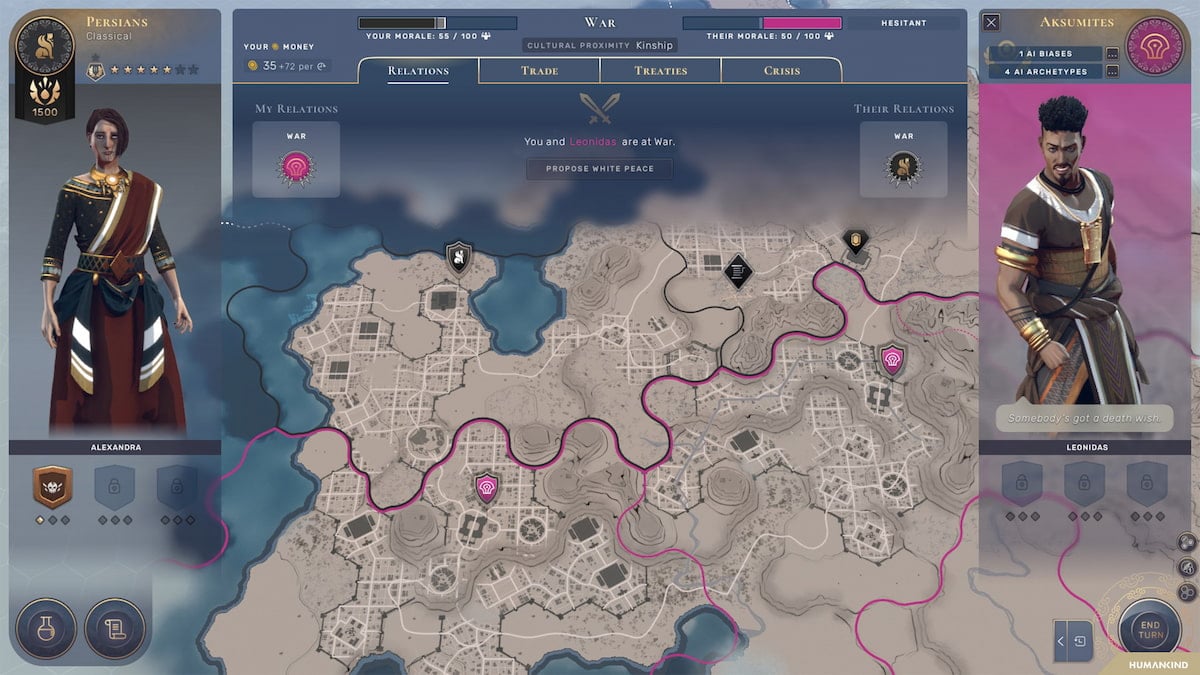 You’re going to be using Influence to create outposts and cities in Humankind. The more outposts you have scattered across the map, the more potential towns you can build. Without any Influence, you won’t be able to create these locations, and you’ll be stuck trying to expand. This guide details how to increase your empire’s Influence in Humankind and how to best use it.

The best way to increase your Empire’s Influence early in a game of Humankind is to have your units explore. They need to explore the world to find Curiosities, distinct icons with a magnifying glass above them. Not every Curiosity grants Influence, but more often than not, it does, and you can use them to give your Empire’s influence a good boost early in the game.

However, once you earn enough Influence, you want to construct an outpost and create a City. An outpost will also come first before a city, so make sure to place outposts down in territories you can imagine becoming beneficial to your Empire. Some territories might be more important than others because of the Luxury or Strategic Resources they have.

After constructing a city, your Empire gains a passive boost of Influence it receives each turn. You can build unique districts and infrastructure inside a city to increase this passive boost, but you’ll be gaining more by creating additional cities all over the world. The construction of a city is the best way for your Empire to build influence, and it’s how you purchase additional cities or civics.