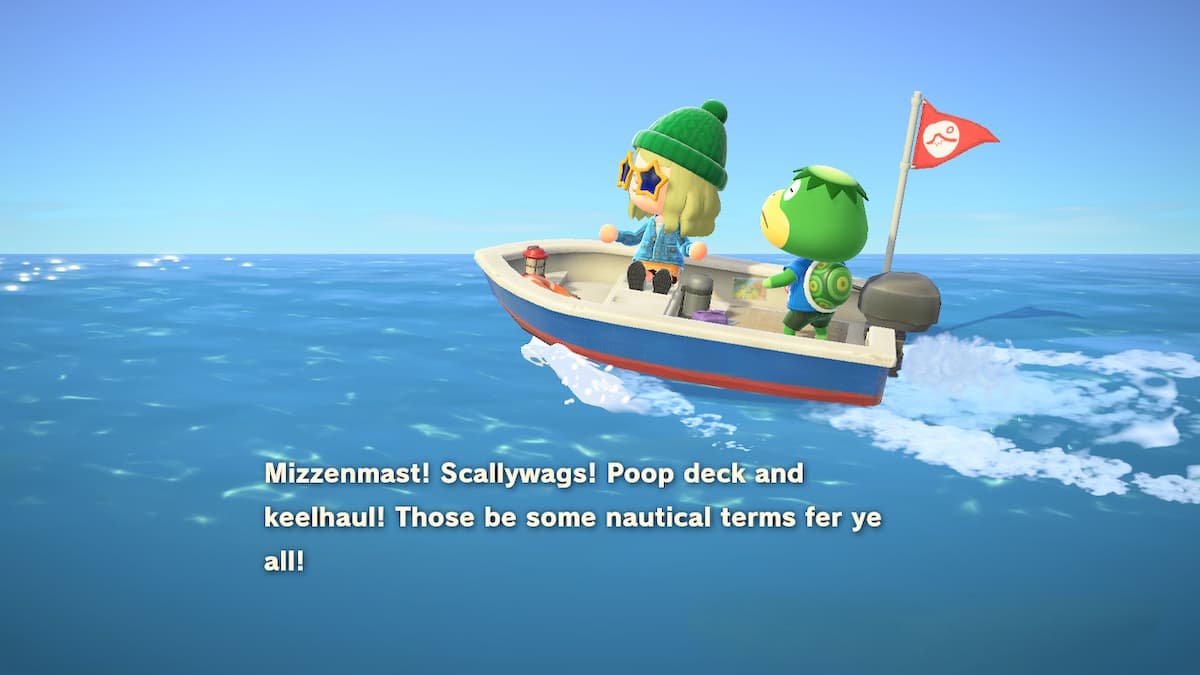 Ever since his appearance in the very first Animal Crossing game, Kapp’n the boat-captain kappa has been famous for his sea shanties. Kapp’n was one of many beloved series characters missing from the initial release of Animal Crossing: New Horizons, but with the new 2.0.0 update, Kapp’n will now ferry you to a remote island once per day, in exchange for 1,000 Nook Miles. Kapp’n will serenade you with his sea shanties on both the departing and returning trips, and joyously, you can interact with his songs.

While Kapp’n is singing, there are reactions built into the Y, X, and A buttons, which you can use however much you’d like. The A button allows you to clap along — use it sparingly to accent that backbeat, or mash it to applaud Kapp’n’s witty lyrics. You can also flatter Kapp’n’s sense of humor by pressing X to laugh, or press Y to act surprised, as many of the shanties do have surprising twists.

Kapp’n is around at all times of the day, waiting for you at the pier. Sure, the remote islands he takes you to are filled with surprising plants, different weather, and gyroid fragments, but the real highlight of the one-a-day trips is arguably the shanties. May Kapp’n’s wisdom prove seaworthy to you.