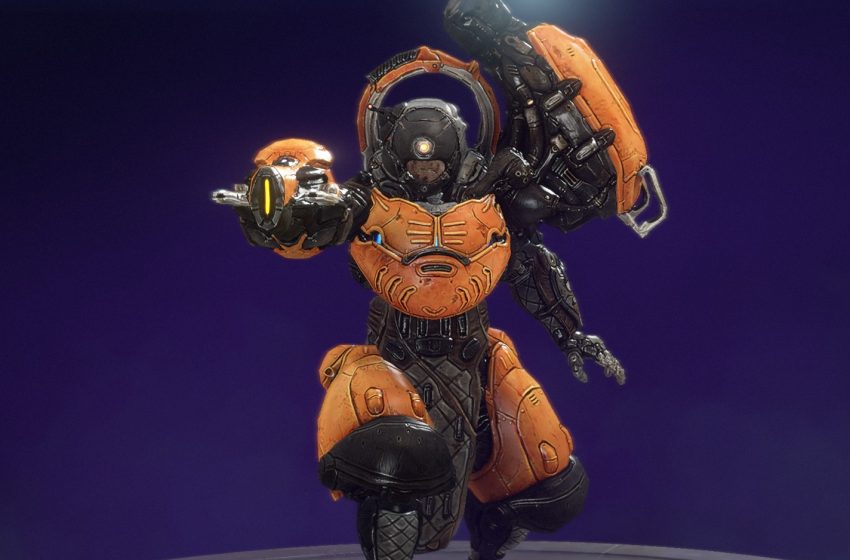 General Sargas Ruk is the boss of the Saturn system in Warframe. He can be found on the Tethys node and will drop Ember blueprints, and potentially Orokin Cells, on death.

Like all Assassination missions, when you load into the level, follow the waypoint to the room where Sargas Ruk is waiting for you. If you are new to the game, this can be a tough fight, as Sargas Ruk is invulnerable to damage for a lot of the fight, and it is all about surviving. Sargas Ruk can do a lot of area-of-effect damage and fires an explosive grenade that can easily one-shot a low-level Warframe.

The fight itself is broken up into three stages. Ruk generates a lot of heat, and while fighting, he will need to open some exhaust ports to vent that heat. Each vent represents one-third of his health bar, and when it is destroyed, the fight moves on to the next stage.

During the first phase, his left shoulder will be the weak spot. Wait while he uses his flamethrower and grenades, then do as much damage as possible when the vent is exposed.

The second stage weak spot will be on his chest, but you will need to be very careful of Ruk’s ground slam attack, as well as his flamethrower and grenades.

The third stage weak spot is on his back, and it will be exposed every time Ruk makes a ground slam attack or uses his Inferno ability, which causes jets of fire to explode out of the ground.

Hard-hitting accurate weapons such as Sniper Rifles and Shotguns work well against Ruk, allowing you to maximize damage during the narrow windows that his vents are exposed. It can also be a good idea to use Warframes like Rhino, who can stun Ruk when his vents are open by using his Stomp ability. Nova’s ultimate used at the right time can also slow down Ruk, effectively keeping his vents open for longer.

Weapons modded for Puncture and Radiation damage will prove to be very effective against Ruk, and he has no damage cap. If you are high-level farming, you can one-shot Ruk with a full build Tigris Prime quite easily.