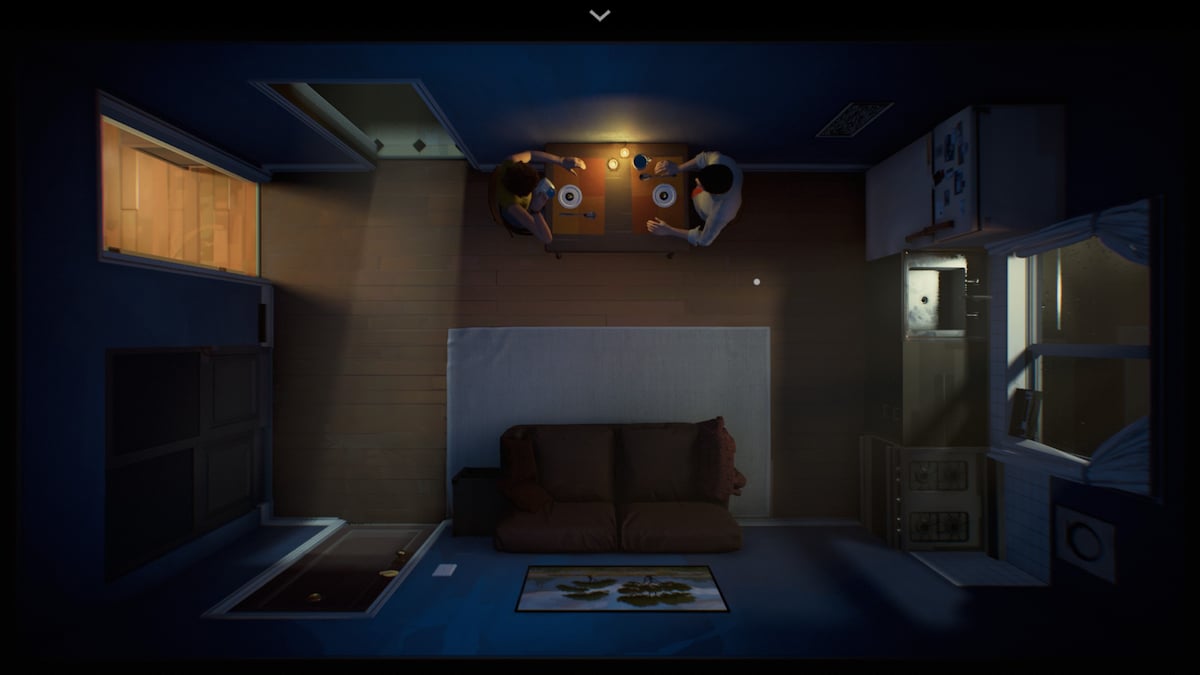 While playing 12 Minutes, players may realize that they need some one-on-one time with the game’s antagonist, a cop that bursts into their character’s apartment and immediately handcuffs them. However, it’s impossible to speak to the cop privately if the player’s wife is still around. This can end up stalling the game, so players will have to find a way to, without harming her, knock out their wife. Thankfully, everything they’ll need is in the apartment.

At the start of the time loop, players will want to immediately grab the two mugs in the living room and fill them with water, ideally before their wife leaves the bathroom. After she comes out and greets them, go to the bathroom and close the door. On the bathroom’s left wall is a medicine cabinet, and inside are some high-dosage sleeping pills.

After closing the bathroom door, put the sleeping pills in one of the mugs. Afterward, head outside and put the mugs down on the table. Be careful to note which side you put it on since you won’t want to sit there.

After setting the mugs down, tell your wife you’re ready for dessert. After that, it’s just a matter of sitting down at the table and waiting for her to set up the meal and drink out of the mug. She’ll soon say that her head hurts and go into the bedroom, collapsing onto the bed.