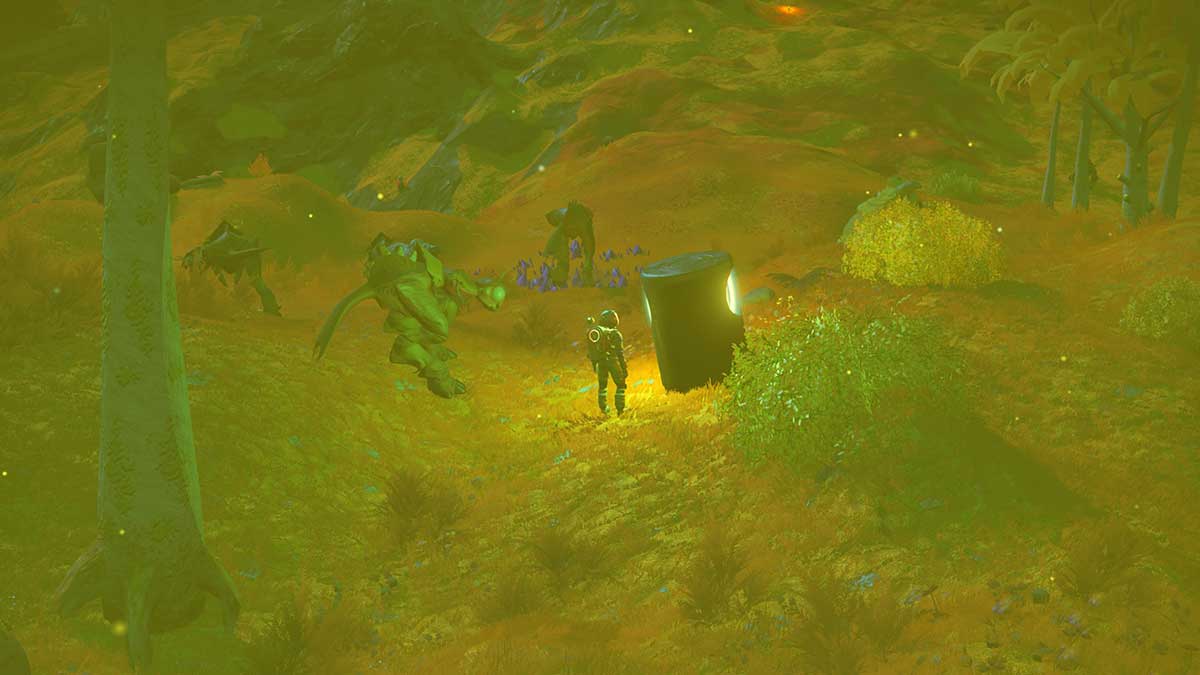 Aliens are everywhere in No Man’s Sky. As you explore the galaxy, you’ll come across them on planets, in space stations, and even rescue a few from pirates, who are, of course, aliens as well. So regardless of whether you’re playing a standard save, permadeath mode, or are racing through an Expedition, learning alien words is a fundamental part of the game. This guide covers how to learn alien words to better communicate with aliens when you meet them.

The first and easiest way to learn alien words in No Man’s Sky is through Knowledge Stones. These can be found dotted around every planet you land. You can find them using your scanner by looking around the surrounding terrain. When you see an icon for a Knowledge Stone, tag it and run over to it. All you need to do is interact with the object, and you’ll learn one word. The language that word is part of depends on the dominant species in the current system.

Aliens are a fantastic source of alien words, as you’d expect. The only way we’ve found to learn words from them is by speaking to them in structures on a planet. This could be a trading hub, a small facility, or something else. To learn alien words from them, all you have to do is speak to them. They’ll give you the option to learn a word in one of a few categories, such as trading or fighting. If you need to learn a lot of alien words fast, this is the best way to do it.

The final way to learn alien words is to participate in all the random encounters the game can throw at you. Whether you’re forced to save a frigate from pirates, explore a wreck in space, or encounter a ghostly being, there’s a chance that you’ll be rewarded with an alien word. Of course, these are never guaranteed, but it’s better to complete the encounter for the opportunity to learn a new word rather than ignore it entirely.