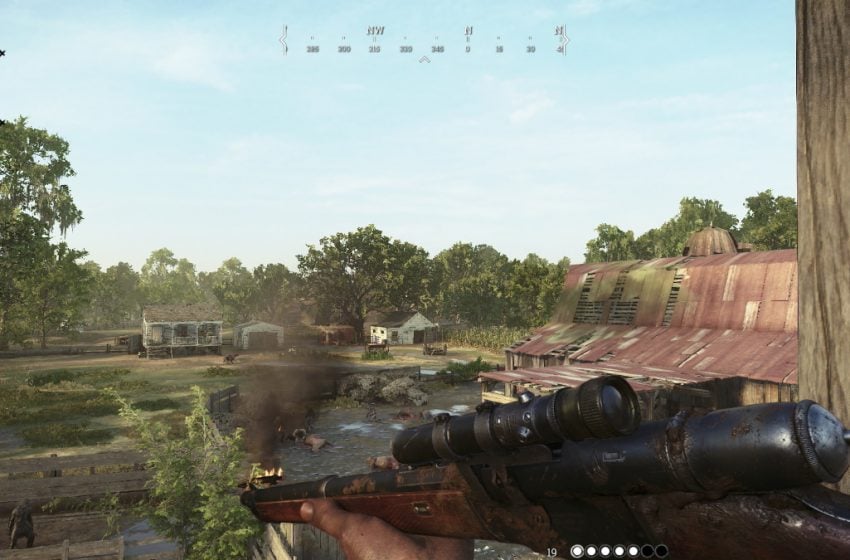 Your main goal in Hunt: Showdown is to take down the big bounty you need to eliminate. Along the way, you not only have to contend with an army of supernatural NPCs attempting to attack you, but you have to avoid enemy players also after your bounty. It makes leveling up your bloodline extremely difficult, but there are a few ways to make your life easier to make yourself stronger, thereby making your hunters even more robust.

Focus on the outside map

A great way to pick off some lumbering creatures is to find them on the outside of the map. You can freely take them out with a melee weapon and run through them. You want to pay attention to this side of the map during the start of a game because a handful of players might still be pulling away from their starting positions. If you round the outside of the map too early, you’re bound to run into a player, and if they see you first, they could take you out. If you bide your time and cover the map, focusing on taking the NPCs along the side and then make a timely escape when someone banishes the bounty, you can walk away with some decent experience points, but it likely won’t be enough. You need more.

Finding clues for both bounties

For players who want to try and raise the stakes in the game, going after the clues for two different bounties is a great method to follow. You need to be careful while doing this because other hunters are bound to be nearby these locations, too. You’re going to encounter hunters and significantly stronger NPC monsters. While those are great ways to rack up some great experience points on a low-level hunter, you don’t want to make too much noise taking them out. The longer you take to fight the bigger enemies and more sound you make, the more likely it is you’re going to encounter a hunter who wants to thin the herd. If you focus on the clues of both bounties, you can rack up some great experience and quickly climb the bloodline ranks.

Playing with a partner

If you want to increase your chances of survival, make sure to bring a friend with you. You can increase the likelihood of sighing and make sure the two of you watch each other’s backs. It pays to have two pairs of eyes rather than only yours during a solo game. At the same time, your risks go up as well. You now have to deal with twice as many enemies gunning for you at the same time. You have a partner, and the player groups entering the game also have a partner with them.

Engaging players and using sound to your advantage

It can be challenging to want to seek out players in Hunt: Showdown. Meeting them is a mixture of panic and excitement because if you can eliminate them, you can benefit from some great experience points and some money. But they have the same odds against you with equal access to equipment and weapons. If they’re a higher level than you, they may have more in their arsenal than you.

The best way to take a player is to use sight and sound to your advantage. Look around the map to find ways to distract and having them look in a particular direction. The more misdirection you use with the map, such as setting off record players, pianos, or loud generators, the more worry you put in the back of their minds. These tactics can prove difficult, so having a long-range weapon usually makes it easier to ambush them, or even hitting them straight in the chest with a shotgun.

Your best chance of gaining the most experience for your bloodline is to take on the big boss everyone is hunting. Gathering up clues and fighting small swarms of NPCs offer a good cushion of experience points, but it’s nothing compared to the big bounty. When you discover the monster’s lair, you want to think about your position. How many exits do you have to cover? Can you hear everything while you’re fighting it? Do you think someone is already there? Are they banishing it, and if they are, should you rush after them to steal it?

The bosses in Hunt: Showdown are fearsome foes with an array of skills to make taking them down a challenge. They take multiple shots from any weapon, and it becomes a battle of wills. But if you don’t pace yourself and think about how to enter the lair, you can find yourself down on the ground because another hunter was waiting in the perfect hiding spot. Every boss encounter is a different experience, and you need to adapt your approach to the situation, also depending on what type of weapons you have at your disposal.