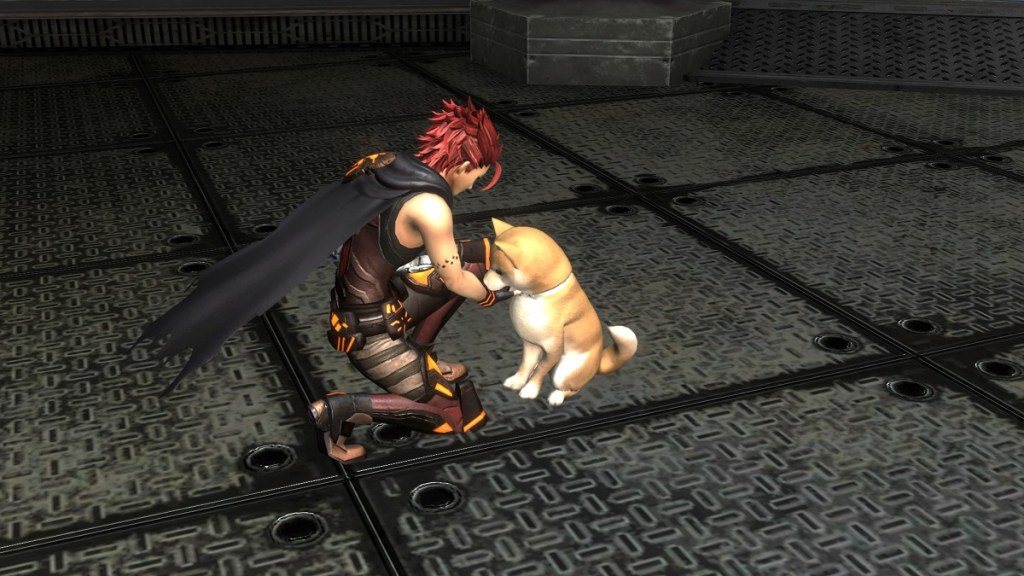 Pochi’s a very good boy in Metal Max Xeno Reborn — yes he is! Pochi helps you in battle by sending damage in the direction of the enemy and also drawing some of their aggression. However, he can be more helpful if you take the time to level him up. This can be done in two ways. The first is the old-fashioned way: experience. As long as Pochi is alive at the end of a battle, he’ll get a slice of the XP pie. He levels up much the same as other characters, gaining skill points as he does.

However, if you really want to get your Shiba Inu ripped, then you’d better feed him. You can scavenge doggie chow out in the wastelands or simply buy it for 2000G at the sortie shop. Once you have some treats in your pocket, simply head back to Iron Base and find where he’s hanging out. This changes each time you leave and return. “Talk” to him when you find him, and you’ll get a list of interactions. Choose the Doggie Chow option to give him some skill points instantly. Then, reopen the menu and choose to pet him a few times. This doesn’t do anything, but he is still a good boy.

Each one will give him a paltry amount of skill points, but they add up. Before you drop all your cash on dog food, however, it might be prudent to buy him better gear. Upgrading his armor has a better return on your buck than upgrading his HP, and with the scarcity of money early in the game, it’s a better way to get him in fighting condition.

Note that Pochi only has one skill tree: dog. He has an assortment of skills, including ones that debuff the enemy, net you some hidden treasures, or simply upgrade his stats. Metal Max Xeno Reborn’s goodest boy may not make or break combat for you, but he does his best.