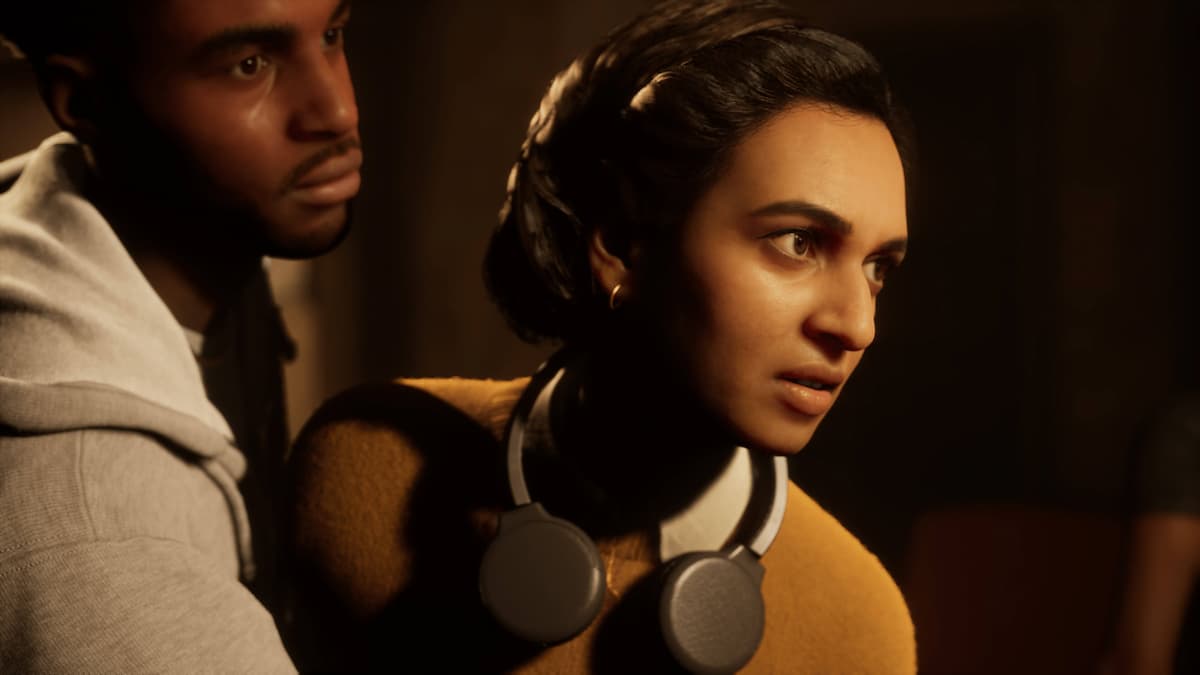 When Lonnit Entertainment needs to make sure everything on the set sounds great, they call on sound engineer Erin Keenan. The youngest member of The Dark Pictures Anthology: The Devil in Me also has a potential budding romance with fellow crew member Jaime. Of course, with the crew taking on a replica of the Murder Castle, there will be plenty of chances for everyone, including Erin to die. If you want to help her meet an early end, we can show you how. Keep in mind that there will be heavy spoilers below.

How to kill Erin in Blackout

The first place Erin can die is during Blackout. That gives her the unfortunate designation of the first character in The Devil in Me who has the chance to die. During this chapter, Erin is locked inside a blacked-out room. After a few scenes showing Erin yelling for her friends to help her, the killer Du’Met will open a false wall in the back of the room and offer Erin an inhaler to help her deal with all of the dust.

If you want Erin to die, you should deny the help and then successfully complete the two QTEs that follow. This will cause Du’Met to take Erin’s sound tool and use the spike on the bottom of the handle to stab her in the jaw and kill her.

How to kill Erin in Silver Ash

While exploring the Silver Ash Institute, Jaime will talk to Erin through a microphone. She’ll tell you to run and hide. If you don’t want Erin to live any longer, ignore that advice and try to run away. Unfortunately for Erin, there’s someone waiting for her behind the room’s exit, and it’s not a friend.

How to kill Erin in Breathless

The next place you can end Erin’s life is during Breathless. In this chapter, Erin and Kate will end up in two chambers next to each other. Du’Met will then start to take all of the oxygen out of both rooms and leave you to decide to who to give the oxygen to. Playing as Jaime, you’ll want to either pick Kate or not choose and let Mark choose Kate. This will cause Erin to suffocate and, depending on choices made earlier, reveal to her friends that Charlie Lonnit might be behind the attempted killings happening to the crew.

How to kill Erin in Lake

Like every character who makes it to the final chapter, you can get Erin killed if you mess up their QTE during this stage. If you’ve gotten this far and decided that Erin shouldn’t make it, just don’t complete her QTE, and Du’Met will take care of her. Of course, if you’ve made a mistake in killing Erin, you can always replay the chapter, though you may lose tracking of some of your secrets.