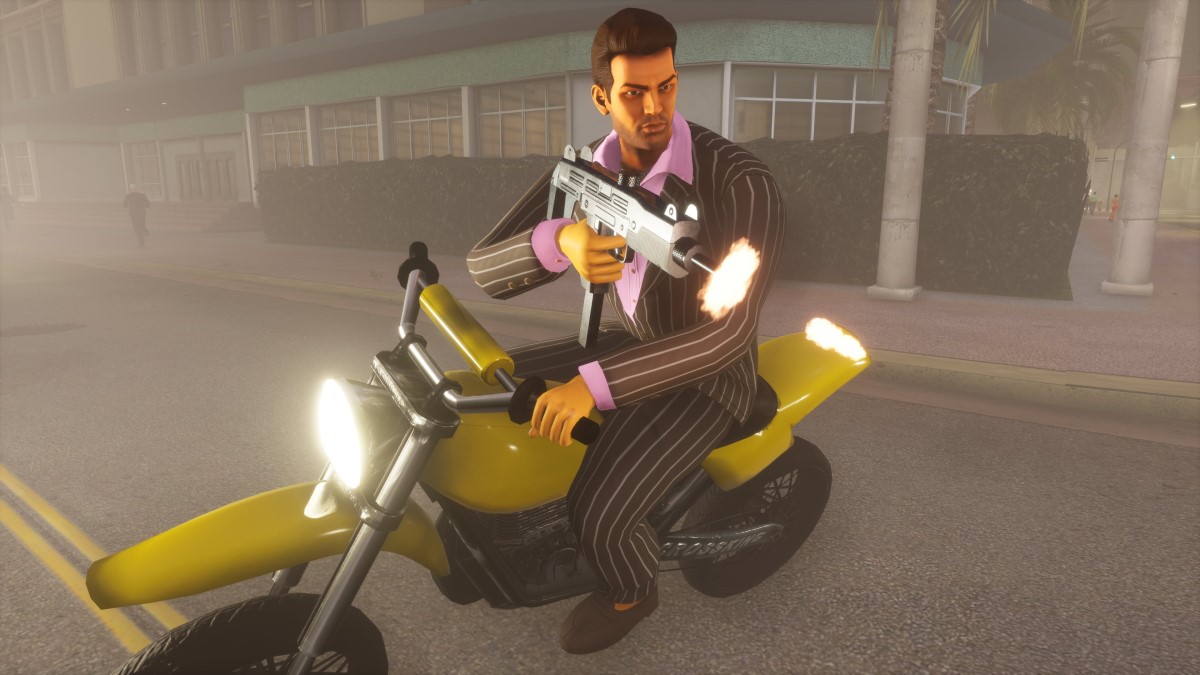 There are many ways to make money in GTA Vice City: Definitive Edition, and some are much faster than others. The further you get into the game, the more options open to you, and the more missions pay. But if you want to make money fast, then we have two suggestions:

These are a fun way to make cash. If you’re good at them, you can get rich pretty quickly because the cash reward for completing each level is always much higher than that of the previous level, so rewards of a few hundred dollars quickly become rewards of several thousand dollars. And while each type of mission is “complete” after completing level 12, you can stay in the vehicle and keep going. In theory, the reward amount keeps increasing up to level 1000, the reward for which is $50 million.

If you’ve unlocked the Hunter helicopter (either by completing the game’s story or finding all 100 hidden packages), then you can play the Brown Thunder mission. It’s the same as a Vigilante mission, only you’re in an advanced military attack helicopter and can complete levels (and make money) much faster.

There are a lot of different race missions to play in GTA Vice City, and they can all be played repeatedly for additional cash. But the amount they pay varies a lot, and only a few pay well enough to get you rich quickly. The best three are V.C. Endurance, Dirtring, and Cone Crazy, all of which require skill to win the top prize money.

V.C. Endurance awards $40,000 for a win, although you have to pay $10,000 to enter, so you do risk losing money. The course can be completed in as little as four minutes, but you don’t need to be anywhere near as quick as that to win. The best strategy is to take care and avoid crashing because your opponents inevitably will crash.

Dirting pays a whopping $50,000 if you can complete the course in under 5 minutes. That’s a big ‘if’, but if you’ve got the skills, there’s a lot of cash to be made here. It’s only available once every three game days, though.

Cone Crazy is the best way to make money fast in GTA Vice City: Definitive Edition, but only if you do it right. It’s available from pretty much the beginning of the game. It only has five checkpoints (so you can do it fast), and the cash reward for beating your personal best doubles every time you do it. So the smart thing to do is not to do your best the first time. Don’t get the final checkpoint until the timer has almost run out. Then go again, and complete the course a second faster with each attempt. If you do this precisely, you can earn millions of dollars in less than an hour. But even if you’re relatively casual about it, we’re still talking over $100,000 in about 15 minutes.