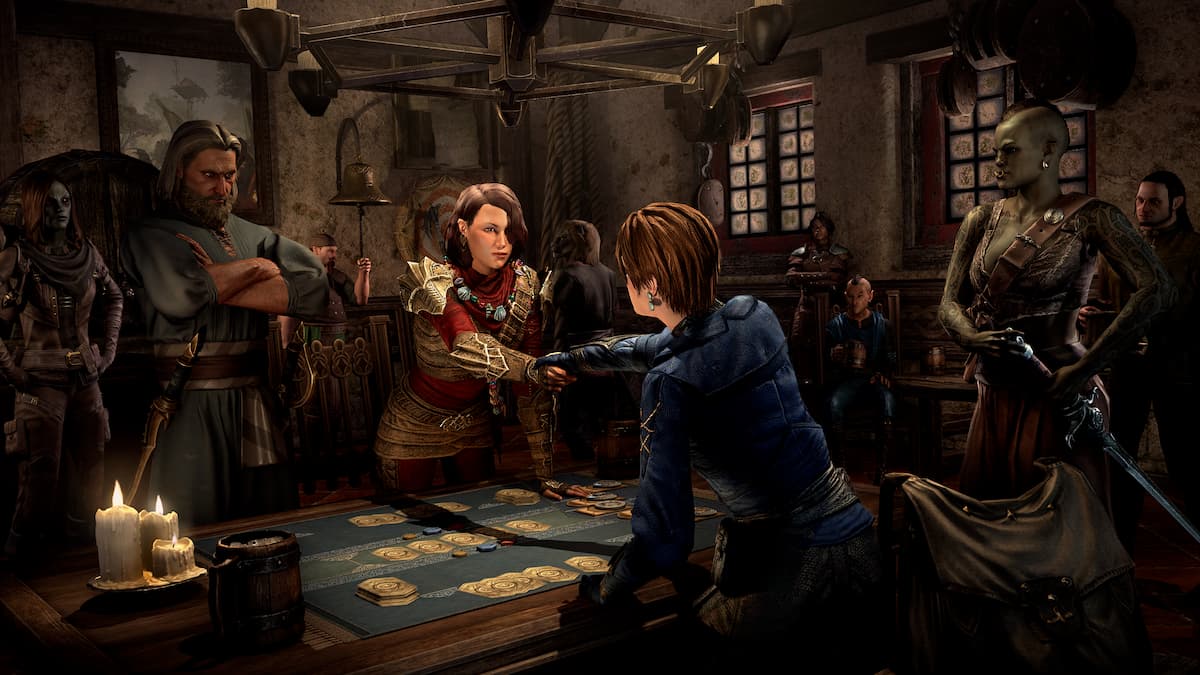 With the release of High Isle comes a new minigame for Elder Scrolls Online players — Tales of Tribute, a resource management card game. Getting started with this card game may seem imposing, but after a few tutorials and practice matches, you should get the hang of it fairly quickly. However, you’ll realize the starter decks are only half of the available options to you. If you’re curious about how to unlock all of the Tales of Tribute decks in Elder Scrolls Online, look no further.

The first four decks you unlock are given to you for free by completing the Tales of Tribute tutorials located at the Gonfalon Gaming Hall in Gonfalon Bay. However, there are four additional decks to unlock. Below is a list of the four “bonus” Tales of Tributes decks and how to unlock them:

Red Eagle, King of the Reach