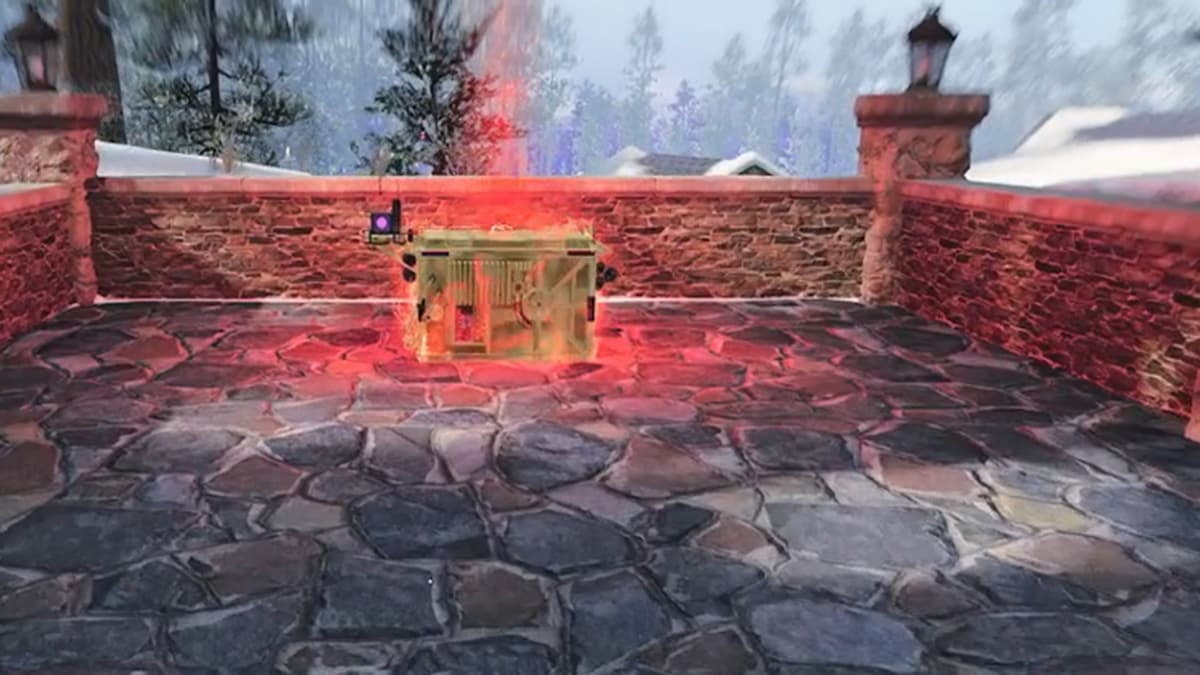 As you play Call of Duty: Black Ops Cold War’s new Outbreak mode in Zombies, you are sure to notice the many new elements in the game. What is not usually present in normal Zombie maps is finding loot. Sure, you gather resources as you progress through rounds on Die Maschine and Firebase Z, but you don’t search the environment for loot boxes like in Outbreak.

As you spend time in Outbreak, you will notice a difference in the loot boxes you open. Typically, you will see smaller loot boxes, but there are also mid-sized and large ones. The very best crate you can find in the mode, though, is a golden loot box, but opening it will necessitate putting up a fight for it. Here is what happens when you come across a golden loot box in Call of Duty: Black Ops Cold War Zombie’s Outbreak mode.

You can find golden loot boxes on the map when you see an icon on your mini-map of a crate being struck by a bolt of energy. Go to this location, and you will find what appears to be a harmless chest, but it is locked. As you get closer, you will notice the description for it reads, “Confront the Dark Aether to prove you are worthy.”

When you interact with the golden loot box, a red beam of energy will fire into the crate, and a large group of enemies will spawn. This fight will include regular zombies and special enemies. Mimics, Tempests, Hellhounds, and Panzersoldats are all likely to simultaneously spawn in and attack you. If you start the trial alone, you can be overwhelmed quite easily, so be careful.

To prove you are worthy, you need to kill every single enemy that spawned in. The golden chest will not unlock until they are all gone, so if you do not see any enemies and the beam is still on the box, look around your surroundings. Keep an eye on the mini-map as it will blip with dots and skull icons that could be your missing enemy.

When all the zombies are gone, you can now approach the crate and open it. The loot you get can include full power, up to tier four weapon, a wonder weapon, salvage, equipment, and possibly a free perk. That is a pretty good chunk of valuable items you can get quickly, especially in the early game.