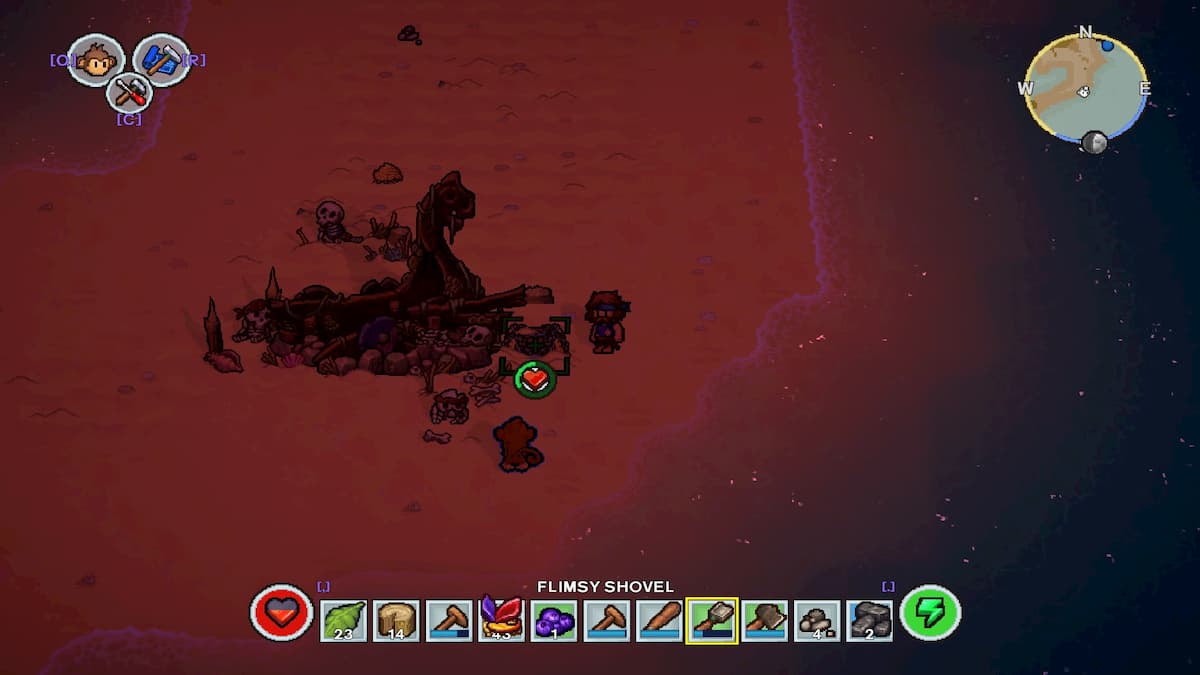 Maps containing the location of buried treasure on the island are relatively common in The Survivalists. These include useful items to make your time on the island endlessly easier, cutting your work down by quite a bit, and helping your hunt, gather, and craft items to survive. Once you follow the clues and hints of the treasure map, you receive a locked chest as a reward and take it back to camp. Unfortunately, the chest is locked, and accessing the contents inside it is not entirely clear.

You probably believe you need to find a key in a dungeon or dig one up near the location you discovered the buried treasure. Thankfully, that’s not the case. The answer is clearer than that.

Instead of finding a key, all you need to do is use a tool or a weapon on the locked chest and bash it open. Once you’ve finished destroying the chest, the contents inside it will pop out on the ground, and you can gather them up. There are additional items inside the treasure chest other than the original one mentioned in the map, so finding multiple locked chests means you gain access to a decent variety of things.

Because the chest doesn’t require a key, you don’t have to bring it with you back to camp. It’s easier to do that because you might have a full inventory. It’s better to delegate some useless items to any storage chests you might have rather than leaving precious items you find inside the treasure on the ground. Running back and forth can be a chore.