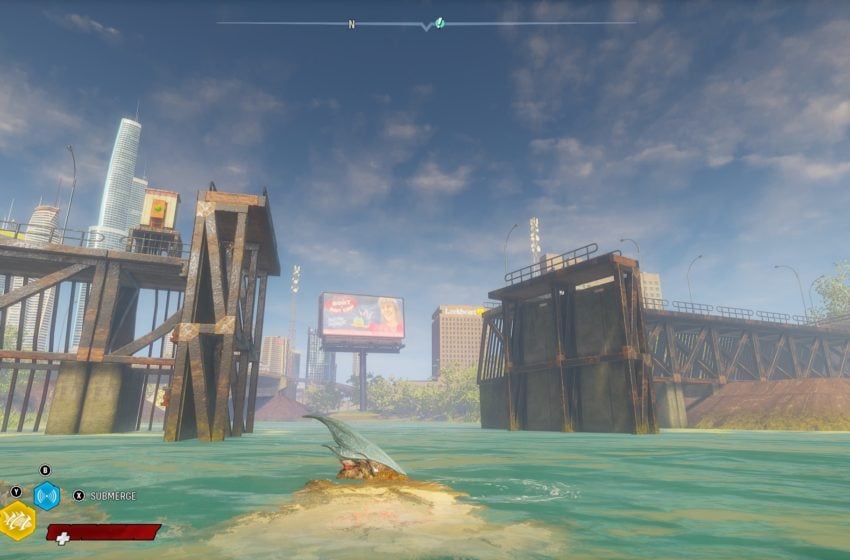 Several gates and walls are blocking your path throughout your adventure in Maneater. You need to advance through the several lifestyles of a bull shark, which means you need to level up by devouring wildlife, humans, hunters, destroying boats, or by completing objectives. The Caviar Key Gate is not one you can open up by leveling up, but you can do it with pure skill.

You can encounter this gate during the first portion of the game, in the Fawtick Bayou. You won’t be on the right side during this portion of the game while you’re a pup or a teen. It would be best if you waited until you gain access to the other side of it, in the Caviar Key.

When you reach the correct side of it, the button for the key is too high up for reach. You won’t be able to directly reach it by jumping into the air and hit it. What you need to do is grab one of the local on that side and grab it with your teeth, but don’t devour it. You don’t want to eat it but hold the bite button down to keep it between your teeth. Drag it over to where the button is and jump up into the air. You want to hit it with a tail spin and send it flying up towards the button.

You may have to try this maneuver several times. You might accidentally eat the fish on the way to the gate, or you may miss the shot entirely. Several things can happen, but once you do hit the fish on the gate you will gain access to the starting areas. You can swim around directly between the different locations, rather than relying on fast traveling between the various grottos.