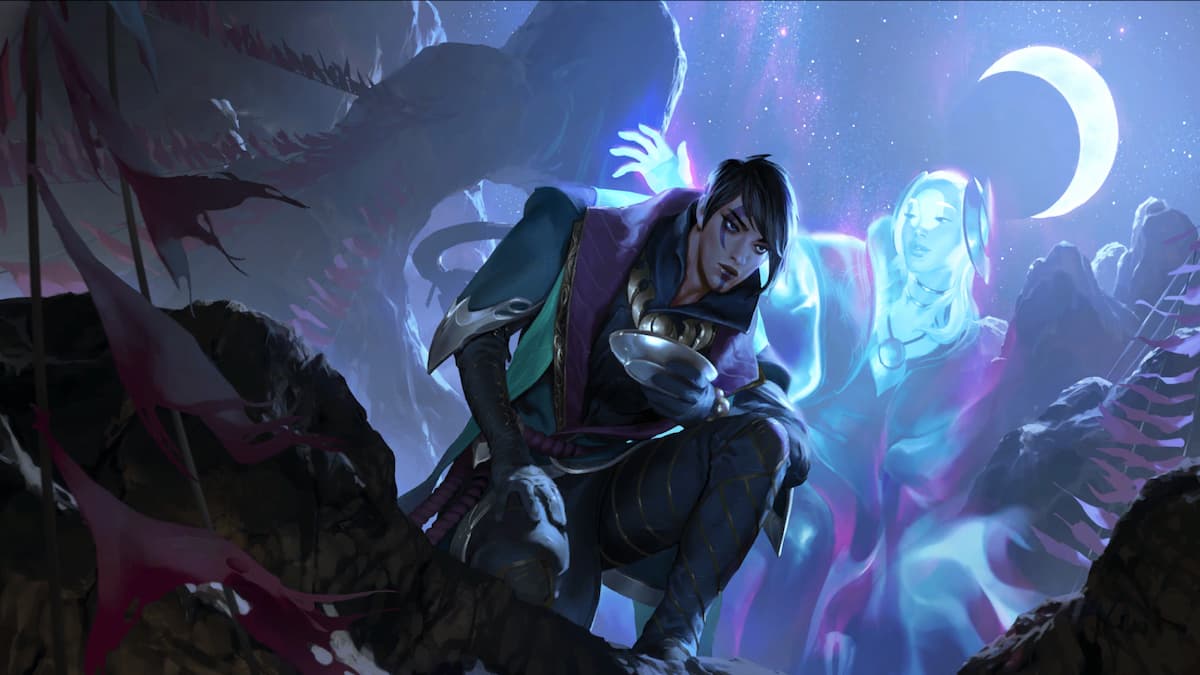 Aphelios, the Lunari gunner, is making his way to Legends of Runeterra, representing the region of Targon. Aphelios, like his League of Legends iteration, is quite complex and comes with five different weapons that he uses on the Summoners Rift. These weapons, however, play quite differently in Legends of Runeterra, and players will have to use this champion in a brand new way.

When Aphelios is played using Nightfall, players choose from the five weapons in his arsenal, in the form of slow spells:

Phase, the new keyword, grants players the ability to choose a new weapon after Aphelios sees two cards played. Even though you have access to his full arsenal the first time, you play him, phasing a weapon will leave you with only two options at a time. You cannot phase a new weapon if you still have one in your hand, so ensure that one of the two cards Aphelios sees you play is the previous weapon.

Each weapon gives players the option to choose the next two in the lineup. An example path is Calibrum -> Gravitum -> Cresendum -> Calibrum. Use the different weapon pathing to ensure that you have the best answer for your enemy, whether it is the current turn or an answer to your opponent two turns away.

Once you cast four weapons, Aphelios will level up. While Aphelios is required to see you play spells to enable Phase, he does not need to see you use all four weapons. If Aphelios dies, you can still have an upgraded version should you summon him again. The level 2 Aphelios will activate the phased weapon at the start of every round. On top of that, every weapon will only cost one mana, allowing you to phase weapons within one round continuously.

Aphelios is an incredibly unique champion, pushing the limits on the versatility that they can have on the board. While he is an intimidating card to play at first, after some practice, players will be able to master his weapons and plan their spells multiple turns ahead.