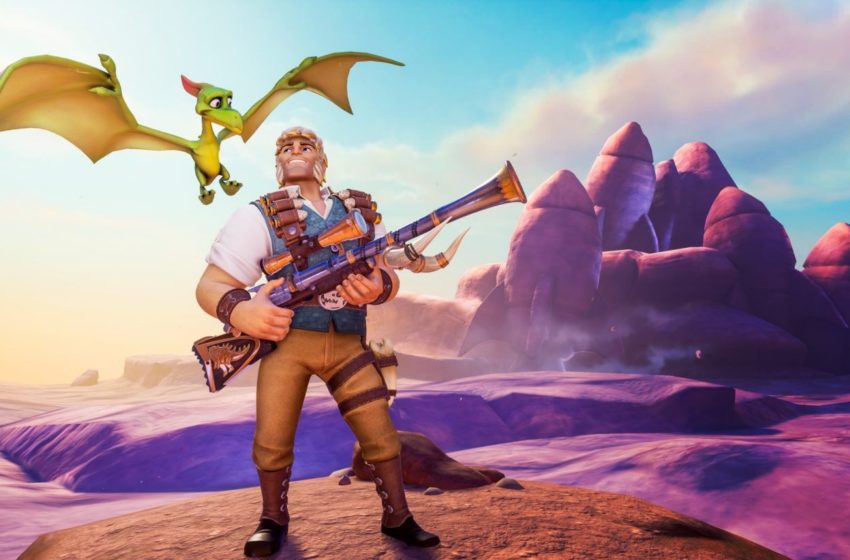 If we had to pick a favorite character in Rocket Arena, we’d probably have to go with Zik. No, he isn’t technically one of the competitors, but Boone’s trusty pet pterodactyl is adorable. And he’s also a great companion to an exceptionally strong character.

Be the best Boone

Boone is fast and strong on his own, but Zik is what really makes him stand out from the pack. With his flying-dino pal, Boone can quadruple jump higher than almost anyone else in the game. Zik also lets Boone float a bit on his decent, making this character phenomenal at getting a position high up in the air to then fight from a distance. Good thing he comes equipped with the arsenal to do so.

Many characters in Rocket Arena excel when up in each others’ face. Not so with Boone. If you’re using him in knockout mode, play to his strengths and keep some distance. Get into the air whenever possible and take out your foes from afar. They’ll never no what hit them.

Rocketball is where Boone really shines. With his exceptional jumping abilities and quick speed, he is the ideal candidate to get the ball quickly and head right toward the goal. If necessary, he can always fly up and throw it far as well. We highly recommend using him for this mode; the slower, more earthbound characters can’t really stand a chance.

Because Boone is best used when mobile, he isn’t exactly suited toward scoring points in Mega Rocket. That said, if you do choose to play as him in this mode, he is best used as an offensive player, taking out opponents while the rest of your team gets control of missile zones and scores points.

Just like in Rocketball, Treasure Hunt was practically made for Boone. Holding the treasure chest eliminates your ability to use Zik’s Vortex, but you’ll still have exceptional jumping ability to move around the arena. Picking up coins with him is a breeze as well.

Altogether, Boone is a quick, fun character to play with. He does incredibly well in all modes, but especially in Rocket Ball and Treasure Hunt. Master him and be a real boon to your team!