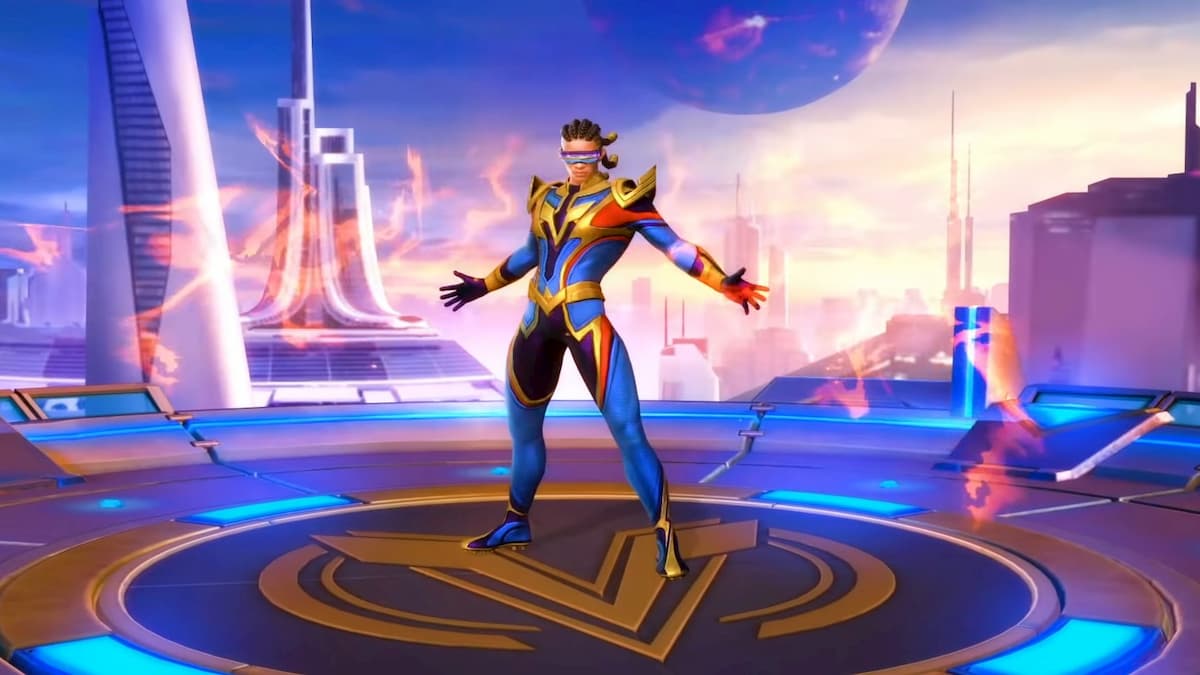 Bruno is a marksman hero in Mobile Legends: Bang Bang. He excels at going directly against other players and battling it out in the gold lane. His abilities slightly prevent him from receiving the full benefits from attack speed items. Still, you want to grab those and a mixture of critical chance and lifesteal to take out any player foolish enough to cross you. We’re going to break down all of his abilities and what items you need to grab when playing him.

All of Bruno’s Abilities

Bruno’s passive is called Mecha Legs. Every time his skills cause damage, his critical chance goes up by 2%, and this can stack 10 times for a total of 20% critical chance. However, Bruno only gains 80% attack speed from all of his items and emblems, so he does not have the full effects.

The first ability in Bruno’s kit is Volley Shot. It’s a burst ability, and it enhances his basic attack damage so he can deal additional damage with his powerball. It also slows the target down by 30% for 0.5 seconds. After hitting this ability, Bruno’s powerball falls on the ground. Bruno, or his teammates, can pick it up to reduce the cooldown of Bruno’s second skill, Flying Tackle, by 1 second.

Bruno’s second skill is Flying Tackle. It’s a blink ability where Bruno dives forward in a chosen direction, typically towards an enemy, dealing damage to them. If his dive hit an enemy hero, they are stunned for 0.5 seconds. While a powerball is returning to Bruno and performs Flying Tackle, it automatically returns to him.

Wave of the World Animation – Ultimate

The final ability in Bruno’s kit is Wave of the World Animation. He uses all of his strength to deliver a powerful powerball kick at the nearest hero, dealing a large amount of damage, and knocking them back. The targeted hero’s physical defenses are slightly lowered, too. The powerball that Bruno sent out will bounce off of enemy heroes, hitting up to 10 of them if they are nearby, dealing slightly less damage to them.

How to play as Bruno

The first ability you want to give Bruno while playing in the gold lane is Volley Shot. It’ll build up his basic attack speed power and start to stack his critical chance stacks. After that, go into Flying Tackle, build up Volley Shot whenever you can, swapping between the tackle and Wave of the World Animation. The tackle is a great escape or a good way to secure a kill against an enemy hero.

While battling in his lane, keep to your side of the tower until you can develop Bruno’s lifesteal and attack speed. He doesn’t have the best sustain, and if two enemy heroes can pick him out during the early game, you’ll be in trouble and unable to escape a fight.

Many of the starting recommending builds for Bruno have you picking an attack speed item or lifesteal item before purchasing boots. Depending on how you want to play Bruno, lifesteal is probably your first option, so you want to pick up Haas’ Claws while you’re in the gold lane before buying your boots. Of the choices, you want to stick with Swift Boots as this will give Bruno a direct attack speed boost, which he’ll need to deal any amount of consistent damage to the enemy team.

After you have your starting item and boots, the next choice is to choose what type of physical damage item you want Bruno to use. If he’s consistently battling heroes with large amounts of health, you probably want to go with Malefic Roar. This item increases your physical attack, movement speed, and physical penetration, making it easier to break through their defenses. Plus, Roar’s passive makes it easier to break a turret’s defenses, so you can push a lane.

Alternatively, if you’ll battling it out against another squishy damage dealer, Berserker’s Fury or Endless Battle are excellent choices. These both have different effects. Berserker’s Fury increases Bruno’s physical attack, critical chance, and critical damage, with its passive increasing his physical damage for five seconds after landing a crit. Meanwhile, Endless Battle builds on his lifesteal potential, giving him more health, more mana regeneration, giving him cooldown reduction, and increasing his movement speed.

What items you pick are up to you. It will vary on who you’re battling in your lane, and how far ahead you are during the early game. These are some additional items you can build to help you out and maximize your potential as Bruno.