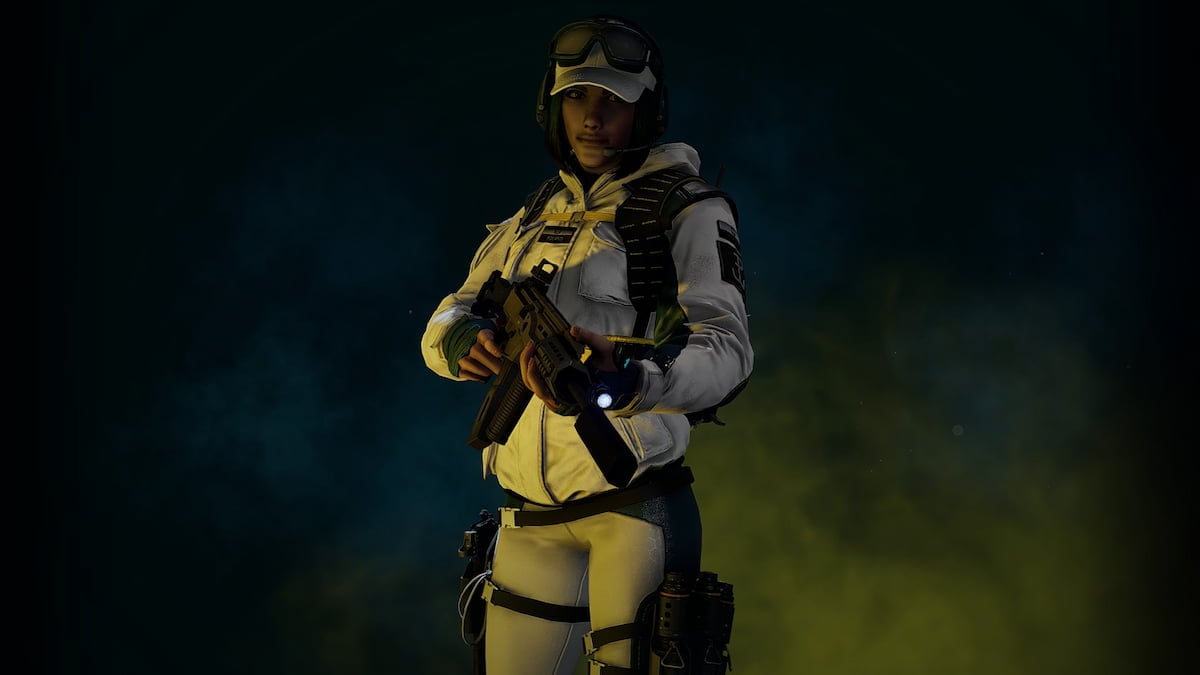 Ela is one of the several operators you can pick to play in Rainbow Six Extraction. Her primary ability is the Grzmot Mine, giving her the ability to stick a variety of proximity mines in an area to stun enemies who set them off. Her weapons offer her various options for picking a gameplay style, allowing her to meld with her team. In this guide, we will cover how to play as Ela in Rainbow Six Extraction and how to use her skills and abilities.

Ela’s arsenal features a handful of primary weapons that you can swap out to fit your gameplay style. She initially starts with the Scorpion Evo 3 A1, which you can use in close-to-medium range encounters. You can later swap this out for the FO-12 semi-automatic shotgun, the LMG-E assault rifle, or the M762 assault rifle. Of the choices, you’ll likely favor using Ela’s FO-12 for maps with numerous close-quarter combat situations and the LMG-E if you need to bring in additional firepower, especially when using her Grzmot Mines to create notable chokepoints. All of these weapons feature suppressors.

Ela only has the RG15 semi-automatic handgun for her second weapon. With this selection, you have extremely little variety, so you’ll want to focus on using Ela’s primary weapon for most scenarios and rely on the handgun while remaining stealthy.

Best way to use Ela’s Grzmot Mine

Ela’s Grzmot Mines are an effective way to surprise Archæans before they enter a location. You’ll want to utilize these while defending an objective, or if you and your team are being cornered by some of the stronger enemies that can swarm you. When an Archæan sets off a Grzmot Mine, they’re momentarily stunned, giving you and your teammates a few seconds to fire at them while they cannot move. If you place these in ideal locations or throw them in the middle of a group, you can stun multiple enemies simultaneously.

Best way to play as Ela

Given Ela’s primary weapons, Grzmot Mine, lack of armor, and overall speed, you keep her at a medium-range to utilize her guns. The FO-12 automatic shotgun is a dangerous weapon to use on her given her lack of armor, but you can make up for it with the use of body armor and her Grzmot Mines to stun enemies before Ela gets too close. Alternatively, you can choose to have Ela lay down suppressing fire from a medium-range distance using the LMG-E or M762 assault rifle. The former has 150 round box, giving her plenty of bullets to use in a firefight, whereas the M762 is better at aiming directly at an opponent’s chest, finishing them off, and securing a point.

We don’t recommend using Ela as the forward combatant. Instead, you want to keep her closer to the backline, taking out selective Archæans before they overwhelm your team. You’ll also want to call out chokepoints to use your Grzmot Mines to make the most use of them, giving your teammates an effective way to flush through any complicated encounters.