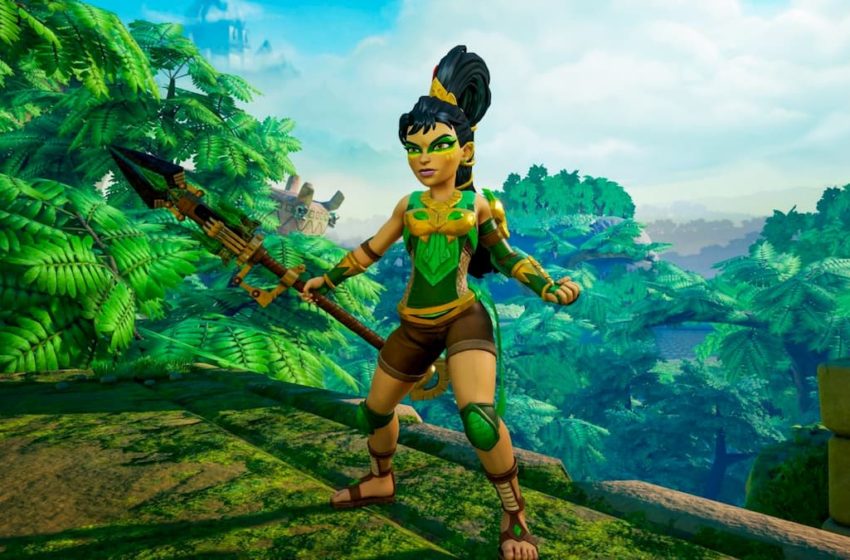 Rocket Arena has many unique characters that don’t play into your stock team roles. Izell is not one of those. She plays pretty much like your standard close range hitter, but she does have a few quirks that make her really excel in certain situations.

Making the most of Izell’s assortment of deadly instruments

While Izell feels like a more typical character for the hero shooter genre, she is surprisingly hard to get a handle on and use effectively. She’s quick and lithe and packs a punch, but some of her tools only really work in specific situations and are easy to miss with.

Izell is a good all around choice for knockout rounds. Her Spear Rocket is a solid, easy weapon to dish out damage with and her Jaaqua Charge can devastate enemies. If you miss with any of her abilities, though, it does tend to put her in a poor position and without any outstanding defensive abilities, she can easily get ganged up on and overwhelmed. Still, if used with care and accuracy, she can be an effective powerhouse for this basic mode.

While you can’t use Izell’s Jaaqua Charge to run away after you pick up the ball, it is a great ability to use to get around the map. Sometimes it is best served as a free speed boost to either reach the ball or get around an opponent instead of as an offensive ability. Since this game mode tends to get a little more spread out than Knockout, use the charge to get around quickly. If an opponent nabs the ball, hitting them with your Bola Snare is especially useful.

Like in rocketball, Jaaqua Charge is great at getting from zone to zone. That, in combination with Izell’s speed and agility makes her a great character to quickly move around the map, especially in arenas with lots of verticality. The Bola Snare can also be effectively used to pull opponents out of the missile zone if you need to clear some space for your teammates to rack up control.

Izell is surprisingly useful in both phases of Treasure Hunt. While she doesn’t have much in the way of exceptional defensive abilities, she is a strong enough overall hitter that she can strike back to anyone trying to take the treasure chest away from her. Come the coin phase, you might be inclined to try and Jaaqua Charge all around and pick up the change, but we found it tends to get you out of position more quickly than not. If there is a line of coins ready for the taking and you can quickly line yourself up, go for it. Otherwise, you can use your normal speed and agility to get coins as quickly as possible.

For a pretty straightforward character, she can be a little troublesome to get the hang of. She won’t be great in every situation, but she can still hold her own if you play into her strengths and are accurate with her abilities.