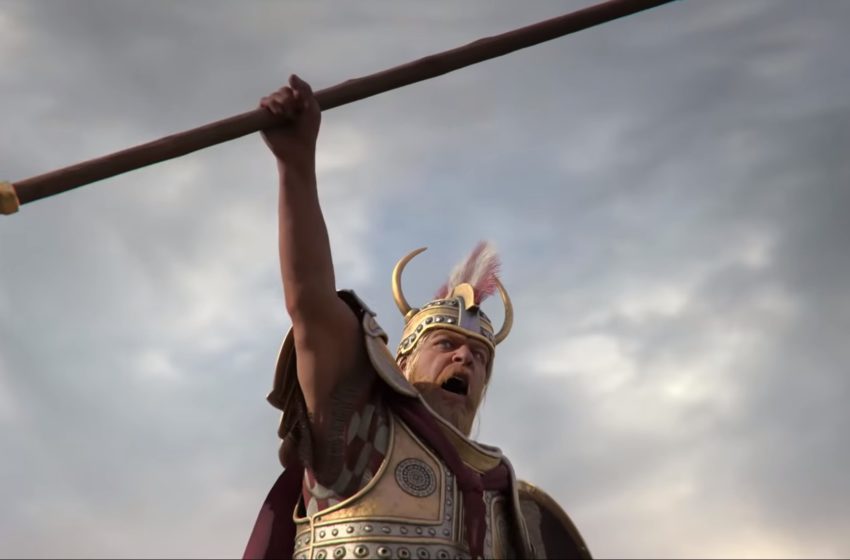 Betrayed by Paris of Troy who stole his beautiful wife, Helen, Spartan King Menelaus is full of rage, wanting nothing more than to see the walls of Troy fall to return his wife. He looks to his brother, Agamemnon for support, and asks for assistance from the mighty Achilles to win this war. While taking the great city is a just cause, Menelaus wants nothing more than to see the family behind Troy’s walls crushed into the dust and return his wife to his side, at any cost.

Spartan Colonies and Call to Arms

Menelaus has two unique mechanics you need to work with while playing as his faction, the first being Spartan Colonies. If there is an available city that has been abandoned, Menelaus can colonize it by offering the required resources. His units settle there, giving him access to the location without having to send his army to the province to occupy it. While useful to ensure he receives territory without going out of his way, the mechanic is situational.

The Call to Arms mechanic allies Menelaus to recruit units offered by the other factions he is allied with. The more allies Menelaus has, the more diverse units he has available to bring into his armies. You may want to spend some time researching the various choices, such as Agamemnon’s Companions, Odysseus’ Guerilla Stalkers, or Achilles’ Myrmidon Swordsmen. You have to build alliances with the other factions to work together to take down Troy. You can recruit faction-restricted troops when holding a defensive or military alliance with that faction. Menelaus can recruit these units from any friendly or enemy territory.

Reach out the various powers around you to seek their aid. Many of them will listen to you, wanting to rally to your cause to take down Troy across the sea. If you work with them, they will work with you. The more allies Menelaus has at his disposal, the more units he can bring into his growing armies to make use of an ally’s faction-restricted units.

You can turn Menelaus’ armies into hybrids of whatever you want to construct. He can command medium and agile units specialized in flanking if he works with Achilles and Odysseus. He can craft heavier ones using his faction’s ax champions and heroic ax warriors, coupled with Agamemnon’s companions and guards. You can pick the units you want based on the alliances you make during your campaign, and it switches depending on who you find common ground with first.

You must meet these requirements to achieve Menelaus’ Homeric Victory:

With Menelaus, you can choose to focus on warfare or work with your allies to build alliances before venturing out to the war against Troy. Among the available factions of the Danaans, Menelaus has the most at stake to battle Troy. He’s always seeking Helen, and she remains his primary goal throughout the entire campaign. You may have to lead the charge to fight Troy, but with enough allies, you can conquer the city and win the day.