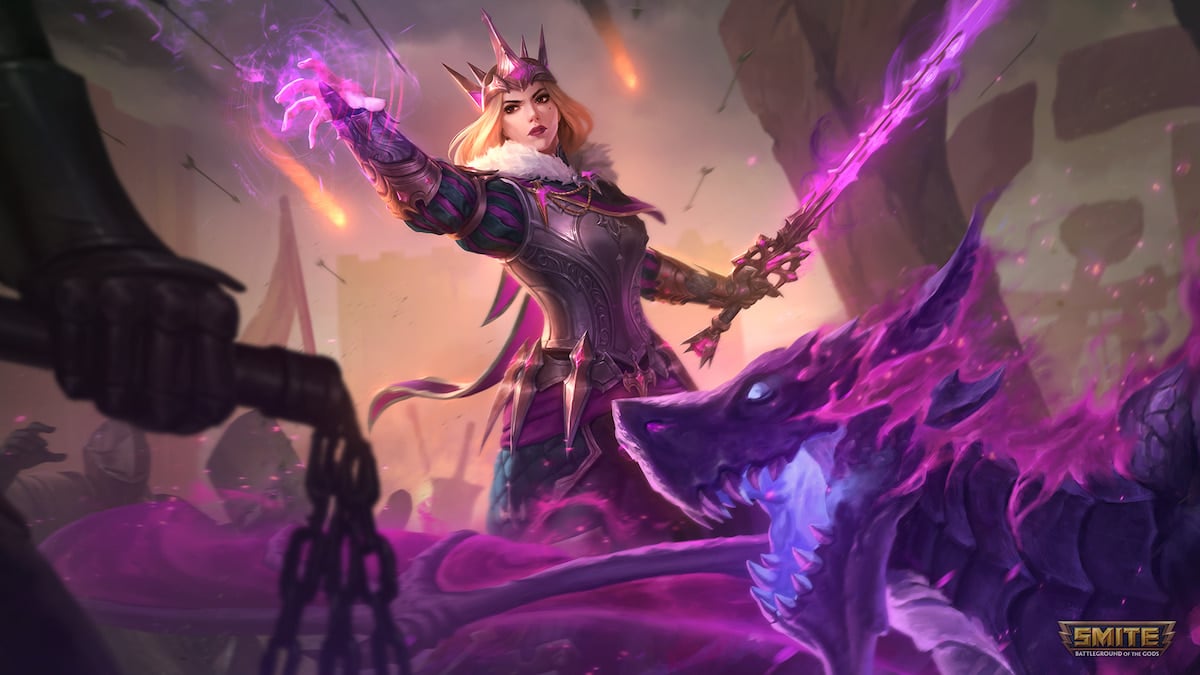 Morgan Le Fay is a mage in Smite. She primarily relies on her abilities to fuel her basic attacks, making them even stronger during a fight. Whenever she hits an enemy with one of her abilities, they gain a mark, affecting them in different ways and causing chaos in a battle. If you wish to master Morgan, you need to understand how to best utilize her abilities, and learn what each of her marks do.

Morgan Le Fay’s passive, Empowered Blade, is all about the marks she applies to enemies. When she’s applied all five marks to enemies, Morgan becomes empowered, doubling her Magical Power buff and reducing the cooldown of her ultimate, Consuming Power.

Her first ability, Sigil Mastery, Morgan conjures a magical sword containing one of the marks that you pick, and fires it at the enemy. The sword’s mark is left in the ground, creating a sigil. Each attack does a primary effect, and then a secondary one with the sigil in the ground.

Morgan’s second ability, Dragon Flight, has her summoning a dragon that knocks enemies up around her, and flies forward. Enemies hit by the ability are knocked by, and applies Mark of Spirit to any enemy hit by it.

Morgan’s final ability, Consuming Power, has he consuming all of the marks in a cone in front of her, dealing damage to the gods they were applied to and fueling her next basic attacks. She can then fire out three empowered attacks in a line in front of her, each dealing damage and provide Morgan health. The more marks Morgan consumes at the start of this ultimate, the more width her three empowered strikes have during this attack.

How to play as Morgan Le Fay

You want to place one of the magic-based attack speed rings on her. Placing two might not be the best idea. Of the rings, we’re going to recommend going with Demonic Grip or Telkhines Ring.

Morgan will do the best in the middle lane, as a standard mage. Her overall kit doesn’t allow her to operate too well in most other roles, but if players could work it out as a team, she might be suitable in the solo lane, but this is a risky choice.