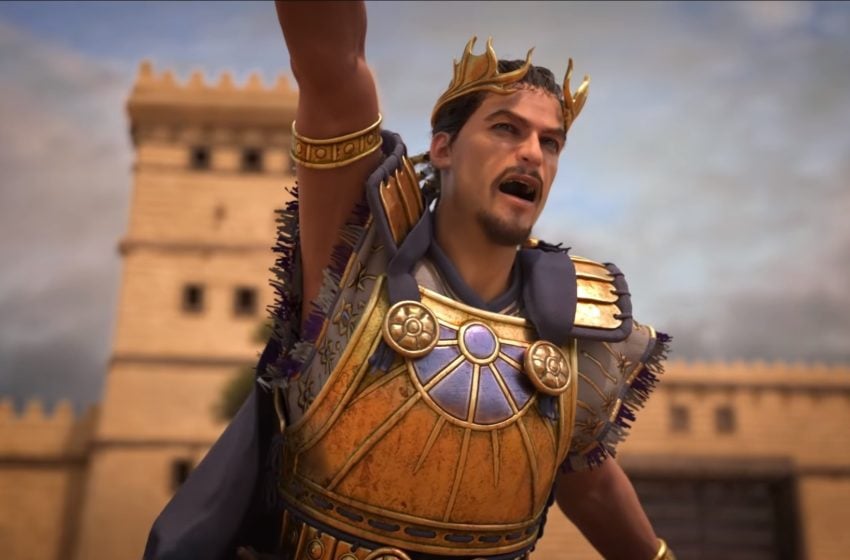 What Paris did by eloping with Helen, whisking her away to Troy away from Spartan King Menelaus, was done out of love. He and Helen fell for each other immediately, and upon bringing her to Troy, he brings war. He must prepare for the invading army by bringing the warring factions together, and win his father’s glory before his brother, Hector, to obtain all of Troy. Even if he’s called to war, he cannot remain far from Helen, and regularly visits her to keep their moods enlightened or brings her to him, which can be costly if miscalculated.

Helen, My Love and Priam’s Heir

Paris has two critical mechanics you need to watch during his campaign. The first is Helen, My Love, which is where Paris must drop everything to ensure Helen’s happiness is the highest that it can be. Helen starts in Larisa Troas, but you can move her around as Paris moves around the map.

Paris can invite Helen to take part in a Grand Fest, Demonstration of Skill, or a Gathering of Prayer to provide a province with unique bonuses. Here are the bonuses for each celebration:

The second mechanic you have to watch is Priam’s Whims. You are one of Priam’s two heirs, and you are competing with your brother for your father’s influence. There are various tasks available to win over Priam’s favor, and there are three bonuses available. A bonus can only go out once, so you have to beat your brother to that approval rating to receive it, and by reaching the Heir of Troy marker at the end, you receive all of Troy’s, and your brother’s, provinces in a confederate.

You need to take your time with Paris because he and Helen have to remain close to one another. While Paris should have a strong army, his chosen heroes and generals will have the strongest armies to do most of the fighting. You want to ensure Paris keeps Helen’s mood up, and he sees to his provinces to prove to his father that he is worthy to inherit Troy’s throne.

Paris has some of the best archers in Troy. Use those to his advantage to keep him away from the main fighting and employ plenty of fighters to keep the army’s main force away from his best units. These make for great defensive units when protecting the walls of powerful capital cities. Recruit Trojan Princes to serve as the backbone of your armies, and use Trojan Noble Chariots to flank your enemy’s melee units. Place the Champions of Troy at the front, alongside Phrygian warriors and Phrygian axemen, to keep them alive.

You must meet these requirements to achieve Paris’ Homeric Victory:

You have to take your time with Paris, or you can easily find your campaign overwhelmed and stretched thin. Your ultimate goal should be to focus on appeasing your father, so find the quickest way to expand your first provinces to have the best buildings, and carefully expand your territory, while keeping Paris close to Helen. Win over Paris’ father, and all of Troy will be yours.