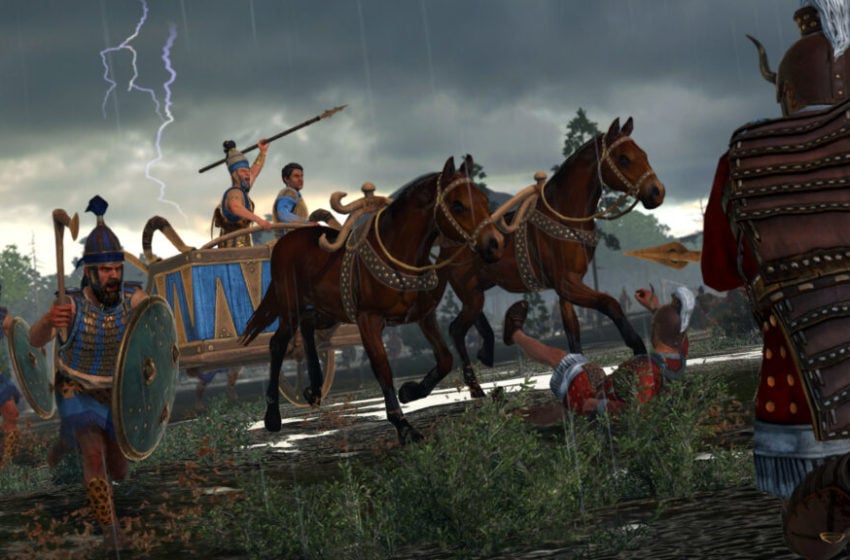 Sarpedon is among the older leaders willing to assist Troy when she requires it most. While Sarpedon wishes to see Troy prosper and hold fast, he looks towards the islands Menelaus’ forefathers had taken from Sarpdeon’s, pushing him to the coast of the mainland. Helping Troy is a top priority, but Sarpedon also wants to push Menelaus away from these islands to retake what is his. With war on the horizon, factions are eagerly seeking resources. They need trade to acquire more than their provinces can give them. Sarpedon has access to plenty of critical resources, granted that the price is reasonable.

Sarpedon’s two unique mechanics are Precious Resources and Lycian Trade Missions. The Precious Resources page gives you access to white granite, celestial iron, and Minoan relics, which no other faction can obtain. You acquire them by having control over particular provinces list having them next to their description. You cannot trade them, and they are finite on the map. Spending them on your units gives you the benefit, but using it too often depletes them from your overall pool.

These are the bonuses for the three resources, and you receive ancillaries when using them.

You must have a certain amount of the resource stockpiled in your treasury to distribute it to your armies and receive the benefits. These are not passive.

The second mechanic is the Lycian Trade Missions. These missions allow Sarpedon to spread his influence to other factions by requesting precious resources from factions, based on the amount they have in their province, or by changing the trades currently happening between two other factions, giving him benefits or breaking those deals. For example, if Troy has a trade agreement with Rhodes and is giving them food for a certain amount of turns, you can offer gold to cancel the deal or give yourself the benefits. You do have to wait until trades happen, and you meet these factions to extend your influence.

Most of the time, Sarpedon is busy looking to see what the other factions have to trade, seeking to make the best deals possible to give himself the most benefits. He may even allow a smaller faction to keep their province to supply trade between it and other factions, spreading his influence. You have to make trade deals with Sarpedon to make the most of his two mechanics, but as your influence spreads to other provinces, you can continue to grow. Because of how prominent his faction’s influence can become, build the more expensive buildings to utilize their high influence bonus.

When combat does arise, Sarpedon can throw down the best of them and take a settlement when he needs to raise his ax and shield. He relies on faster, lighter troops to lead the assault, and uses nimble chariots to flank his enemies. Recruit the Lycian winged chariot units to place in all of your armies to serve as backline support, protecting your agile force to break an enemy’s morale. Sarpedon does have access to heavy units, such as the Lycian champions and companions of Sarpedon, that are useful to serve as the frontline of your army.

You must meet these requirements to achieve Sarpedon’s Homeric Victory:

With Sarpedon, resources leave his coffers faster than he can speak. You want to utilize the number of resources around you to share with bigger and smaller factions to spread your faction’s influence. Once you have enough in a territory, use your influence to gain access to the precious resources only you can acquire or place yourself in the middle of a trade agreement to reap the benefits. Early on, expand to the north to gain those provinces, and then look to the islands to your west to expand and grow, potentially leading into Spartan territory.