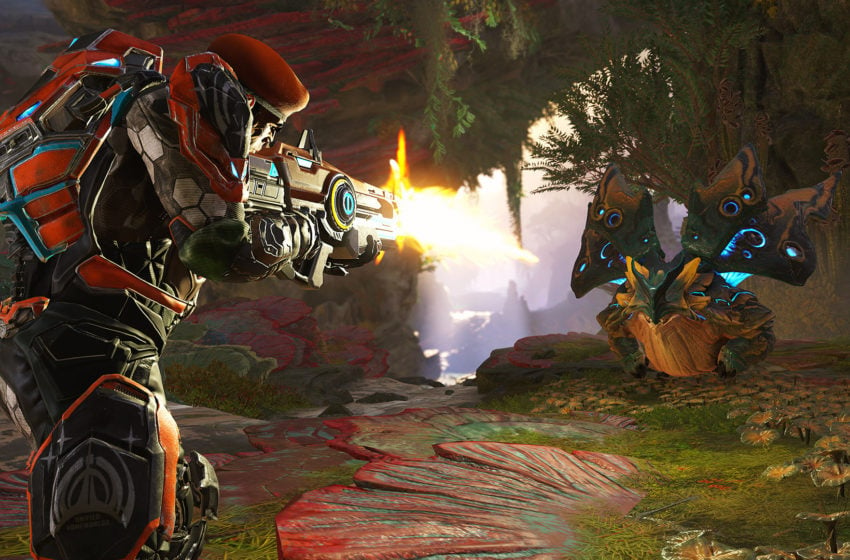 Captain Mendoza is one of the ten selectable heroes in Crucible. He is a decorated military veteran, having been on 50 different missions before this. He has a history of disobeying higher rank officers to instead do what he feels is right. Here is how you should play Mendoza.

Captain Mendoza is the closest example Crucible has to Overwatch’s Soldier 76. He wields an automatic rifle that has 26 shots before needing a reload.

His first ability is Sprint, which allows him to run at full speed like Soldier 76.

He can call in a Supply Drop, which brings down a bunker and a med kit where you call it in. If there are enemies near its landing point, it will knock them back.

Mendoza can throw out a Flash Grenade to blind enemies for a short time, and he can also aim down his sights, which improves his rifle accuracy while slowing his movement.

As a bonus, he gets an extra health boost if players gain enough essence from harvesters and killing enemies.

His Essence upgrades revolve around his damage output and mobility.

At level one, you can choose to have his rifle shoot 25% faster with 25% less damage falloff, replacing the one grenade throw with three mini-grenades (at the cost of a four-second longer cooldown), or the Supply Drop will have an automatic turret in it.

Level 2 unlocks a 200 health point overshield that will regenerate after six seconds away from combat.

At level 3, you can choose to aim down sights faster and more accurately, Sprint moving slightly faster while knocking back and damaging enemies or medkits applying shield regeneration for 10 seconds.

At level 4, your rifle will reload 25% faster and fire 30 bullets before needing reloading.

Finally, at level 5, after reloading, your first six shots fired will have 33% more damage or grenades catch enemies in its area on fire.

You are going to want to use Mendoza’s Sprint to place yourself in an advantageous spot. If enemies are getting too close, be sure to move yourself to a medium-range distance. That will be the best range to take full advantage of Mendoza’s weapon.

Be sure to not forget to use the Flash Grenade to disorientate your enemies and call in the Supply Drop if you are in an open area and taking fire. This will give you cover as well as a medkit to heal yourself.

Captain Mendoza is very similar to Soldier 76 and probably the easiest Crucible hero to use in the game. Every hero shooter has its military personnel, and Mendoza is that for this game. If you play other shooter games, you will know how to play him and how to get the most from him.