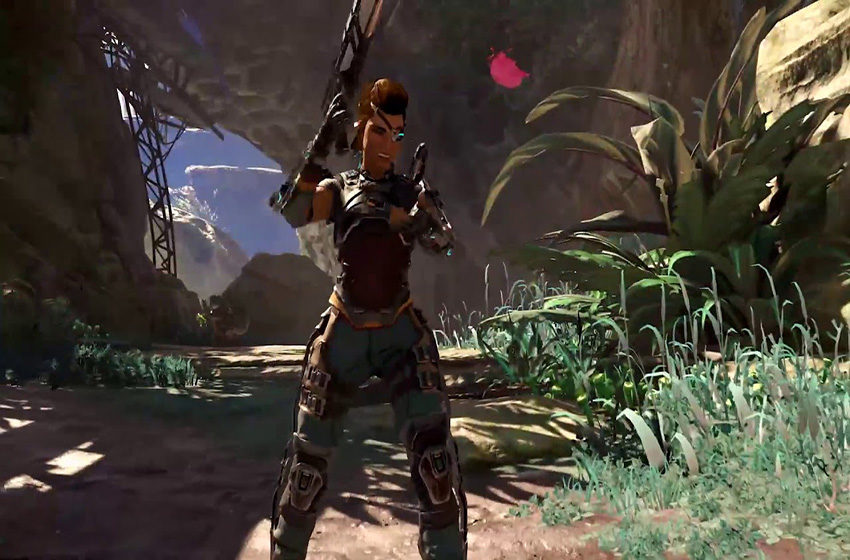 Sazan is one of the 10 playable characters in Crucible. She is an accomplished soldier who has become paranoid following a routine mission went sideway and left her with memory loss and nightmares. She is continuously on the search for the truth to what happened that faithful day. Here is how she plays in-game.

How to play Sazan in Cruicible

Sazan is unique in the way that she has three main weapons and her abilities revolve around swapping between them. It is important to note that both weapons will only reload when they are not in use.

Her Q ability pulls out the Inertia Gun, which is also what she starts the match with. Every hit stacks on a slowing effect to the enemy and the ammo recharges.

Her E ability pulls out the Shotgun. Nothing particularly special about it, it’s a shotgun that will also recharge its ammo.

Her right click pulls out the Electroknife. It has long-lasting damage over time but can only be used once per cooldown. Melee with it in your hand does not increase damage of your attack.

Her shift allows her to dash forward quickly. It has a short three second cooldown, so you can use it regularly.

Finally, her passive, Guerilla Warfare, lets her move faster while crouching, using medkits, and while in detect mode.

Sazan’s essence upgrades mostly give her a slight boost passively in a multitude of areas.