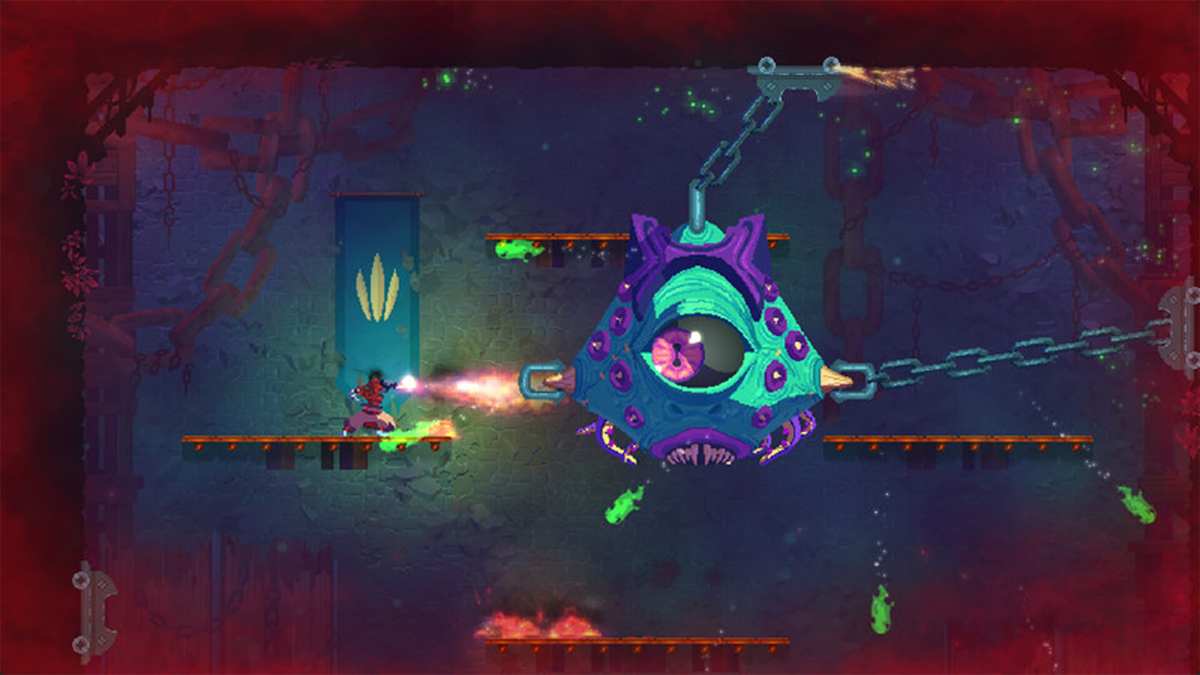 The latest Dead Cells update is available now on all platforms. Titled “Practice Makes Perfect,” it allows players to play something of an “easy mode,” thanks to a new feature called Aspects. These should ease some of the game’s notorious difficulty for newcomers and veterans alike. Here’s how to activate them.

First, you’ll need to die at least once — the Prisoners’ Quarters starting area won’t be populated with NPCs until you do. After this initial death, you can speak to a new character, The Doctor, found in a passageway underneath the spawn point.

Speaking to them opens the Aspects menu. Each Aspect offers a significant boost. Toxin Lover will let you heal by standing in gas clouds or poison pools; Firestarter adds +100% damage to your fire attacks and +200% damage to violet flames. These are just two early examples, and the list of Aspects grows with each death. So if you’re having a particularly hard time, you’ll have more opportunities to turn the tide in your favor. You can only equip one Aspect at a time, but they all sound mighty helpful.

There is a catch with this “easy mode” — equipping an Aspect prevents you from unlocking Boss Cells during your run. Boss Cells are required to see the game’s true ending, and they increase the difficulty of a run as they stack. Essentially, using Aspects locks you into the game’s lowest difficulty by default. That said, the new feature should still be helpful for Dead Cells newcomers.

The Practice Makes Perfect update also adds a Training Room and quality-of-life improvements to the world map. As evidenced by previous expansions like The Bad Seed, developer Motion Twin continues to support Dead Cells with big updates and features.