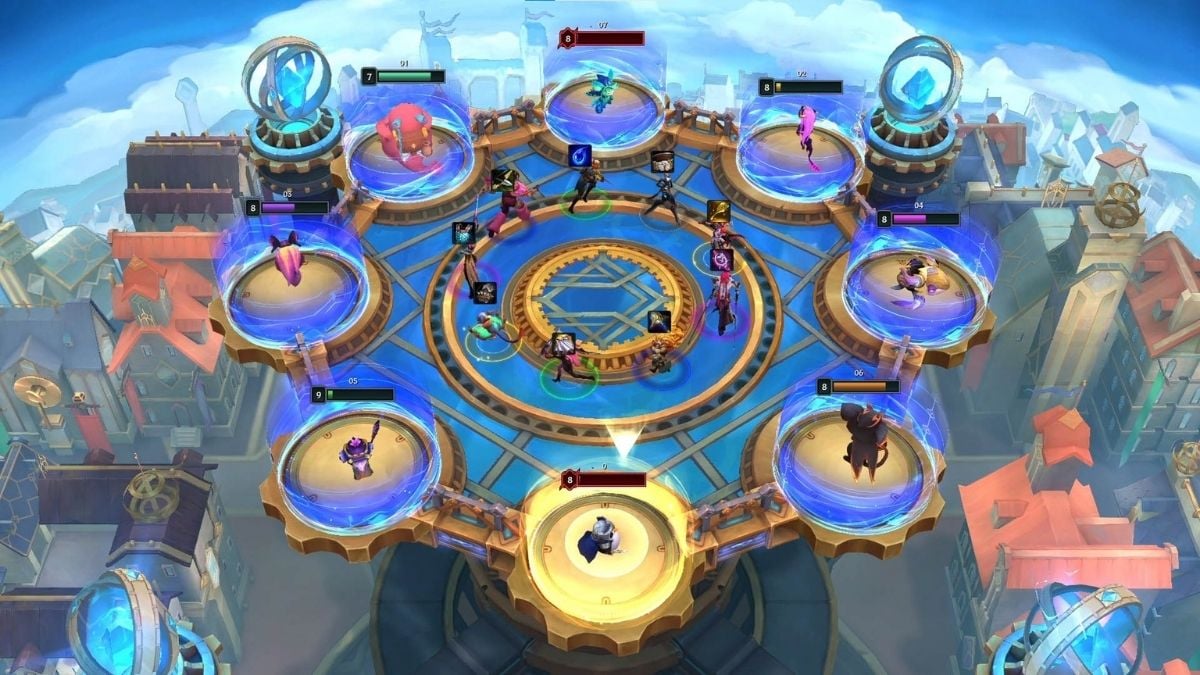 With Teamfight Tactics’ Set 6 comes a new game mode. The previous new game mode, Hyper Roll, was so successful that the developers added another: Double Up, a two-player version of TFT. Yes, you can already go into matches with your friends, but this would be a game where you and a friend work together to topple the competition. So, while Double Up is still in the Lab phase, how do you play?

The most important part of Double Up is the fact it is two-player. The games will still host 8 players, but now it’ll be 2v2v2v2 fighting against one another. When you join the game, you don’t have to have a partner; you could get assigned one. Together you have a shared health pool of 100. Double Up knows teamwork can be challenging, so it gives you one built-in second chance. The first time your team depletes your health pool, you both go back to one health. However, if either of you dies after that, you and your partner will be kicked from the game. So, you have to get your playstyles in order, from how you two spend money to if you like a Fast 8 and they’re a reroll king.

Double Up works much like TFT; it’s just a shared health pool this time. AKA, it’ll be hard for any single player to carry another. Instead, you both have to be building effective teams to make it far. While building your own armies, there are still new, built-in tools to help one another. For example, you can use the Assist Armory tool to give your partner items, money, and other boosts at key points in the game. Similarly, the Rune of Allegiance tool lets you gift your partner the champions you’ve been holding. You always get one at the start of the game, but you can get more through special drops of the Assist Armory.

The most OP part of the game, though, is that if you beat another person’s army quickly, your remaining units will jump to your teammate’s board after a delay. So, that’s the rare and most significant way a really strong player could carry their partner to victory.

Unfortunately, right now, Double Up is only in the “Lab” phase, meaning that only people on TFT’s PBE (public beta environment) can play it. If you want to try to get in, you can apply to get into the PBE here. However, if you can’t get in, Double Up is supposed to be released to the general public in short order. It should be playable for everyone after the 11.23 patch on November 17.