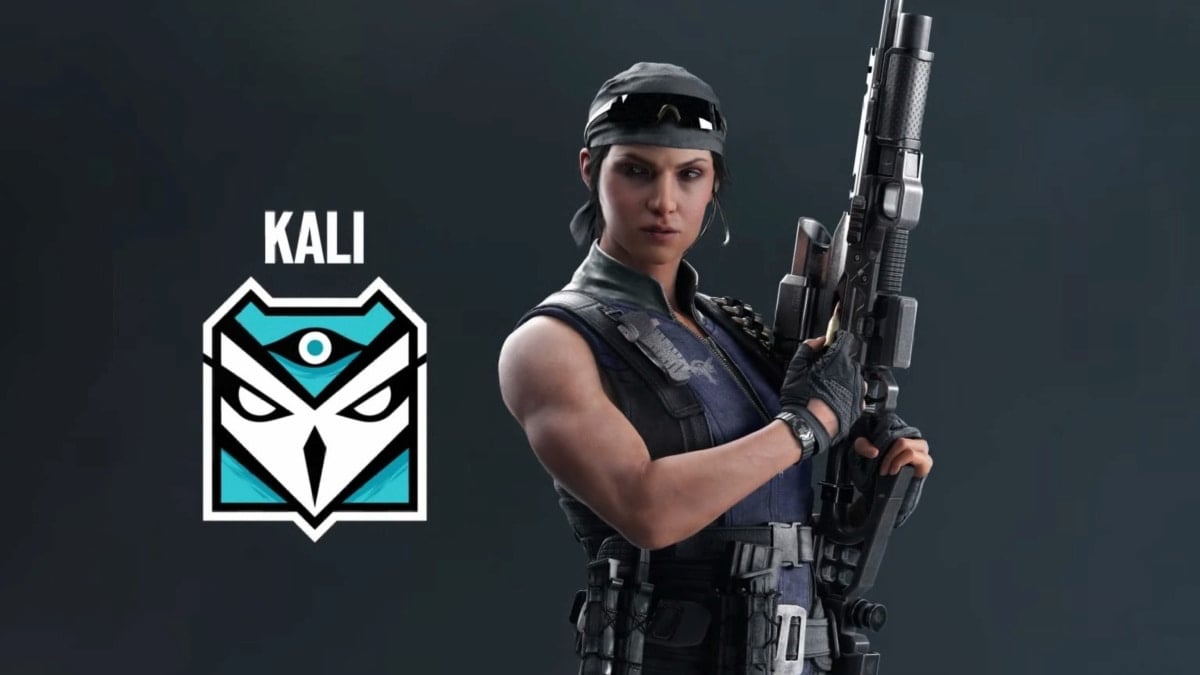 If you’ve ever gone against operator Kali in Rainbow Six Siege, then you likely know she’s one of the most destructive defenders there are. She’s able to destroy almost all operator gadgets with just one press of a trigger — ultimately blocking the opposing team from using their abilities. Here’s how you can do that and more with the sharpshooter.

Kali’s overwhelming power actually comes from her CSRX 300 marksman rifle. Although, it isn’t the sniper itself that’s the ability, but the LV Explosive Lancers that are attached to it. Players will have three of these explosives to use each round, allowing Kali to shoot into any wall — even reinforced — to activate a charge that disables all nearby devices within a three-foot radius. In addition, it will leave a gaping hole in all breakable surfaces, perfect for establishing a shooting angle.

This move’s disabling powers even spans to all mines, Signal Disruptors, Yokai Drones, and many others. The only gadgets left unaffected by this will be Mira’s Black Mirrors and Jager’s Active Defense System. Speaking of Jager, if his system is within the Lancer’s radius, it will actually deactivate the explosive before it has time to destruct.

As for your additional gadget, one cannot go wrong with the Claymore. The deeper Kali gets into a round, the more likely she’ll be fighting from close-range — a sniper’s worst nightmare. Thus, leaving the Claymore outside of an objective’s room should halt a defender from coming for you and lower the chances of an up-close battle.

As previously mentioned, the CSRX 300 rifle will be the only primary weapon option for Kali, and that is definitely not a bad thing. Despite it not having its own dedicated attachments, its 127 damage will knockdown or elimination any enemy, no matter their armor level.

This sort of power even has the potential to shoot through glass, proving most worthy when targeting enemies within the Presidential Plane map. Of course, it can even blast through multiple wooden walls at a time, making it possible to elimination enemies from several rooms away.

Your secondary weapon will play a key role here. As the CSRX 300’s hip-fire accuracy is greatly lacking, you’ll need to switch to the SPSMG9 machine pistol in close-range gun fights. It is one of few machine pistols with manageable recoil and carries a phenomenal fire rate stat of 980. Be sure to have the Flash Hider barrel applied to it to maintain a respectable 33 damage rating.

Best tricks for succeeding as Kali

Before each round begins, be sure to do a full drone sweep of the objective rooms to figure out which wall holds the most enemy gadgets. As one can probably guess, this will be the wall the Lancer should go through. Though, you may need a change of plans if Jager’s Active Defense System is among these gadgets. You’ll also want to keep an eye out for any enemies camping near a window or breakable wall. With the sniper being as powerful as it is, it can surely elimination them with just one well-placed shot.

Lastly, one of the other great perks of the LV Explosive Lancers is its capability to smash any of Castle’s Armored Panels into pieces. If these are protecting an objective, gather your team and have them ready to shoot once you knock these down. The lancer is fairly quiet; so, you should catch a few enemies from behind with this tactic.