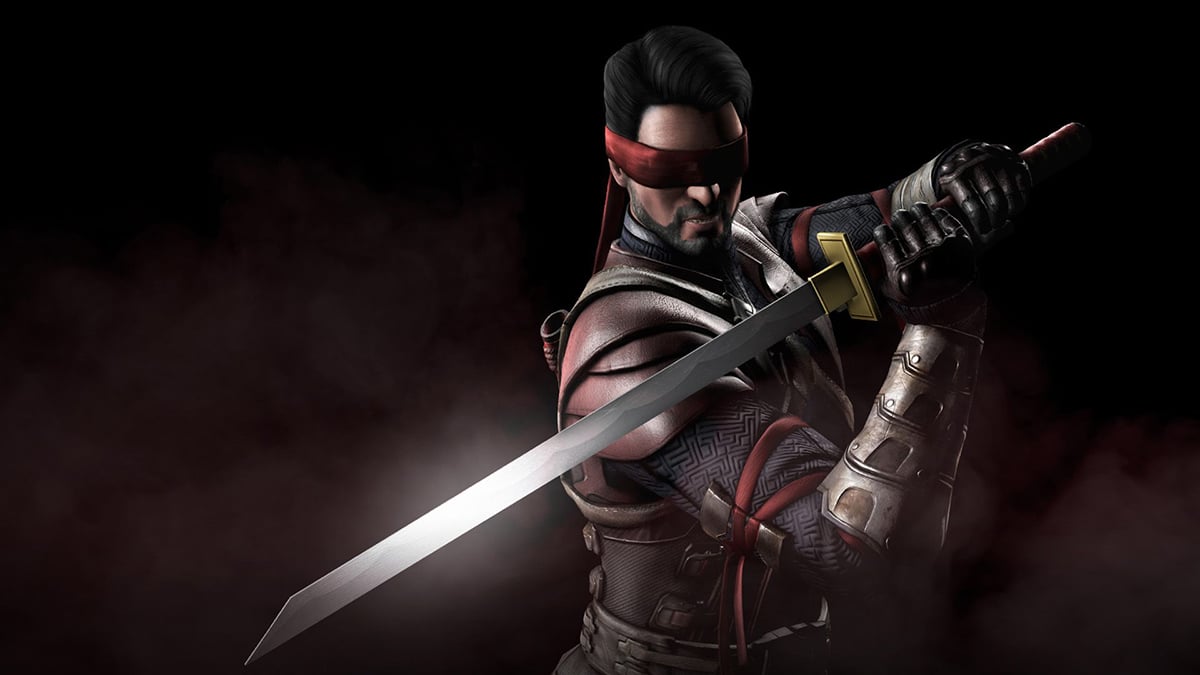 Of the Mortal Kombat X characters, Kenshi is one of the most unique and fun to beat up on others with. He has telekinetic powers to control his katana and will get aid from the spirits if you choose the proper variation for him in-game. Here is how to play Kenshi, the blinded swordsman.

As with every character in MKX, Kenshi has three variations to choose from. Whether you choose Kenjutsu, Balanced, or Possessed, you will have different special abilities to choose from.

When you choose Kenjutsu, Kenji will take off his red band that usually covers his eyes and will use his telekinetic powers to attack opponents. This will add, among other abilities, the Telekinetic Push, Slam, and Toss moves to your special list. Even if your opponent is far away, you can grab them and toss them around the battlefield. If they get close, punish them with your sword attacks.

Balanced Kenji will send out projections of himself as attacks. These attacks are useful for when you are on opposite sides of the arena from each other, as they appear out of nowhere and attack the opponent while you are safely on the other side. However, it is not easy to pull off any combos with these moves, as they are too far away for follow-up attacks, and the nature of them does not leave for many opportunities.

Possessed Kenshi plays somewhat similar to Balanced in that he calls in help for attacks, but this time from a demon. The overall effect of those attacks changes as well, so the change is not just an aesthetic one. For example, the overhead attack can be pulled off to do an under attack at the proper range, and Kenshi can teleport himself to be closer to the enemy, leaving you above them for an aerial attack.

Kenshi has two fatalities and five brutalities to go with his x-ray move. Here is how to pull each move off.

Like every other character, Kenshi’s x-ray move is pulled off by pressing the left and right trigger at the same time with all three bars on your x-ray meter filled. Of your ensuing attack hits, Kenshi will use his telekinetic powers to lift the opponent closer and stick him with the katana. He will drive the blade deeper into his face before removing it and stabbing them in the torso.

Kenshi has two unique fatalities he can use after winning a fight. The first one is called Tele-copter and can be performed by standing far from the enemy and pressing back, forward, back, back. Kenshi will lift the opponent in the air and spin his katana directly in front of them. The viewer gets a nice slow-mo shot of the katana slicing the character into slivers.

Kenshi’s second fatality can be performed by doing forward, down, back, up from mid-range. Named My Puppet, Kenshi blows out the opponent’s rib cage and spine and uses his telekinesis to dangle them in the air by their now missing parts until slicing the tendrils keeping the two connected.

Finally, Kenshi has five brutalities he can use to end the match in a bloody manner, should the circumstances be right. Unlike fatalities, these moves (except the first one, which is available from the start) will need to be unlocked in the Krypt before you can do them. Here is how to pull off each brutality.