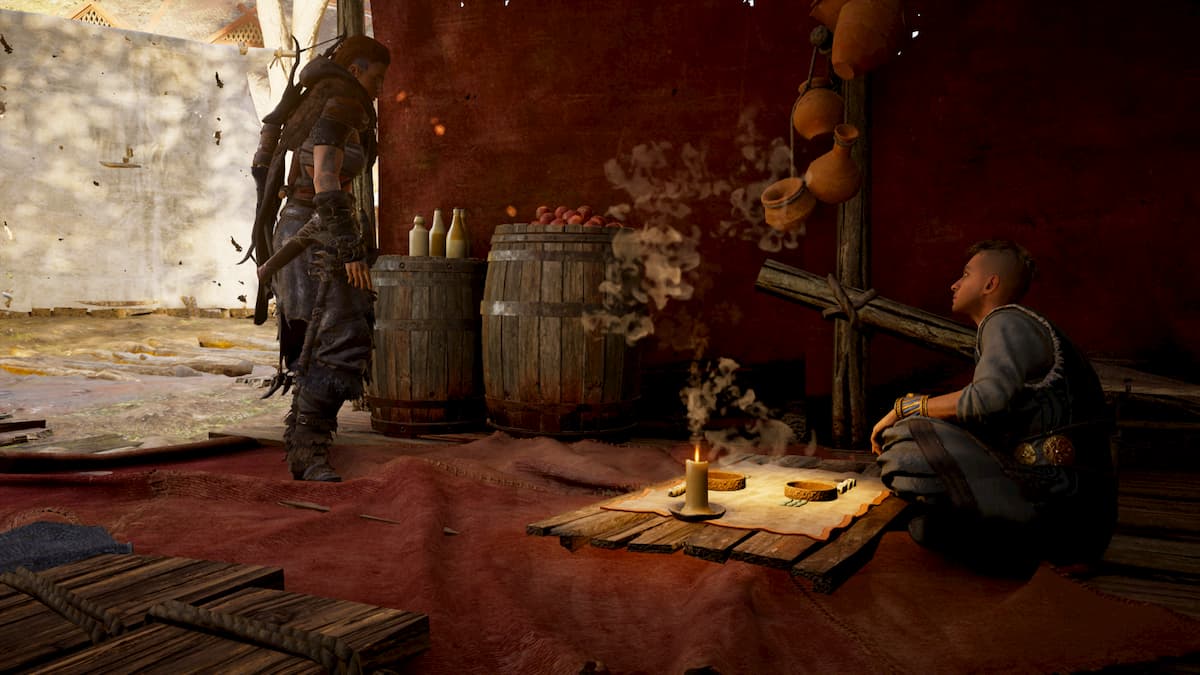 When you have time to play a few rounds of Orlog in Assassin’s Creed Valhalla, it’ll be you against another opponent. It’s a dice game with several phrases, and the first to reach zero health loses. There’s a bit of strategy and a bit of luck, and if you’re fortunate, a god will favor you to provide you assistance. Granted, you have enough to offer them. Here’s what you need to know about the game to win.

Each opponent’s health is represented on the board by the green stones they have.

After calling heads or tails to see who initially starts, the first round of the game consists of three rounds of dice rolls. The dice you’re rolling have five symbols on them, and some dice have a yellow background. Here are the dice values and what they mean.

After you roll three rounds of dice, the final roll stacks up in front of you, and those are the dice you take to the next round, the resolution phase. However, if you have enough tokens available, you can choose to request a god’s favor.

If you have tokens available, you can call for a god’s favor. The god tokens allow you to use special options based on the god tokens you’ve collected. By defeating new Orlog players throughout the game, you can earn more of these. You can have up to three in each game. They require a certain amount of tokens for you to earn to use in combat. You can choose to call for an offering, and these go off following the resolution phase, but only if you have enough tokens. If your opponent stole them from you, then you cannot use it. Not using a god favor when calling on it does nothing bad for you, so it never hurts to ask for it.

These benefits vary from directly damaging the opponent, healing your, or even removing select dice.

Now, you start over and repeat the process. You go until one player has no more green stones on their side. The game immediately ends, and a winner is determined. By defeating all the opponents in the game, you can receive all of the god favor tiles and use them in your games.