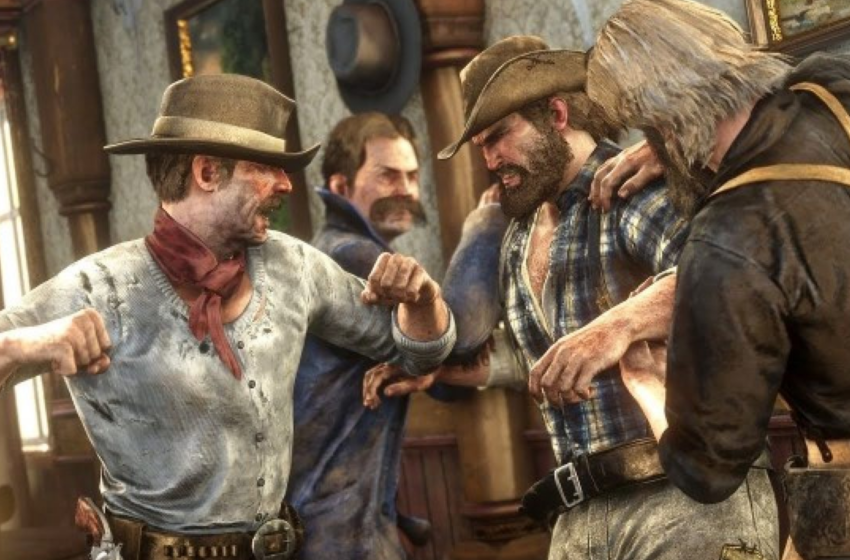 While Red Dead Redemption 2 and its online mode are set nearly 20 years after the first official rules for American football were created, the Wild West is barren of any competitive sports that don’t involve killing your fellow outlaws. That’s why Red Dead Online players took it into their own hands to bring sports to the frontier: Pigby.

Like a cross between American football and rugby, with pigs, Pigby is a very simple game to play. One player acts as referee, while there are two teams of however many players you want. The two teams stand in lines, facing each other across an open area (think of the start to a game of dodgeball) with the referee in the middle. The referee then walks to the mid-point between the two lines and throws down a dead pig corpse.

Once the corpse hits the ground, both teams sprint to it, meeting in the middle and throwing fists, elbows, and whatever else they can think of, trying to pick up the pig body. When you pick up the body, you then try to run it to the other team’s side of the field to score.

Simple, right? Imagine a “Wall of Death” at a heavy metal concert and you can get the basic gist of how this game works. Just, you know, with a dead pig being fought over.

You can check out this Reddit compilation to see the sport in action:

You can also see a Facebook group mentioned in the Reddit thread for players of Pigby, but this group is for anyone playing on Xbox. So for anyone on Playstation 4 or PC, you will have to get your own crew going yourself.