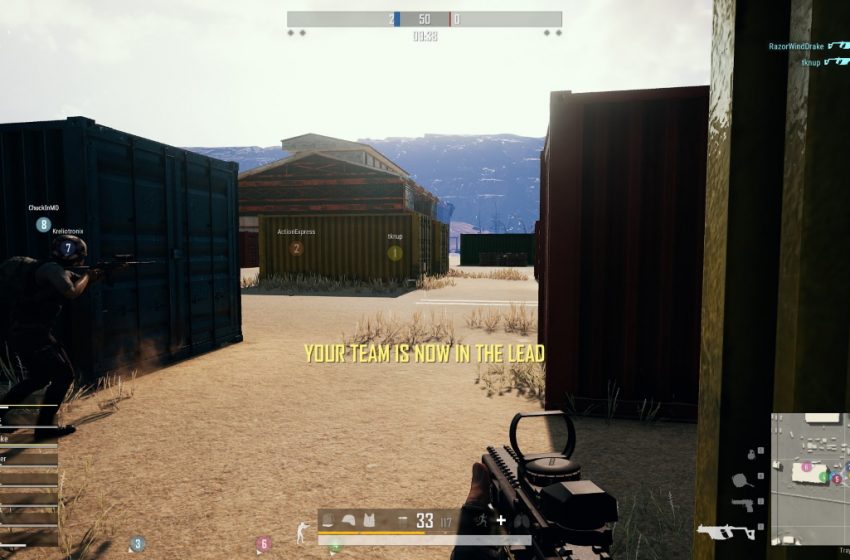 PUBG is all about dropping into a battle royale, picking up a range of random supplies, and trying to be the last one standing against an army of other people. The new team deathmatch mode pits eight players against another team of eight in a random map where they need to work together to best the other team. It takes the premise away from the original gameplay of PUBG but provides players something new to do with a new set of rules. You play the game from the first-person perspective, and you cannot change this.

To join a team deathmatch go to the arcade section at the top of your main menu. You should find it under the play icon, right next to the public match icon. Click on it, and team deathmatch should be the first option at the top. The list of rules for the game are to the right of this section listing out differences from the traditional battle royale mode.

The goal of the team deathmatch mode is for one team to reach their goal before the others. You do this by earning points for killing any of the players on the other team. When you first load into the game, you have the choice of picking a variety of different premade loadouts. All of them contain a primary, a handgun, a melee weapon, a grenade, helmet, and body armor. You can choose another loadout at any time by bringing up the map overlay and choosing from the choices at the bottom, but you won’t receive it until you respawn.

You do not play on a large map. There are eight different locations you can play on, all of them surrounded by the blue shield. If you step out of those limits, you start to take large chunks of damage. While it is a smaller location, you can expect to see care packages randomly falling from the sky. They carry with them notable armor upgrades, ghillie suits, stim items, and more.

You play to the best of three matches. The winning team receives BP at the end. The overall strategy of playing team deathmatches focuses on you running around with your teammates. If you stray too far, you risk the chance of being caught by yourself against more enemies than you can reliably take on. If you wanted to practice your skills of staying with a team and working together, it’s an excellent opportunity for you and your friends to practice your skills.