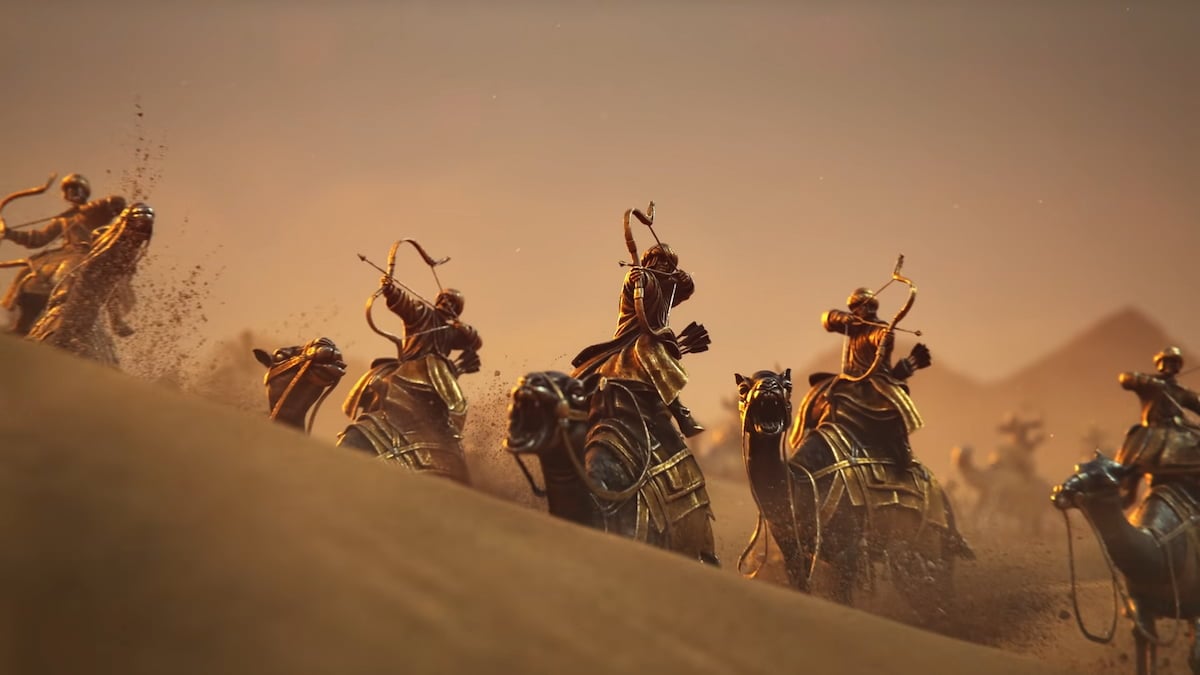 The Abbasid Dynasty greatly rely on their Golden Age passives. It allows them to increase their gathering, production, and research speeds throughout their Empire to unlock each tier. But you have to build structures around the House of Wisdom to do this, meaning you want to give the structure plenty of open space.

These are all of the passive abilities given to the Abbasid Dynasty civilizations.

Because of the Abbasid Dynasty’s quick berry gathering ability, you want to corner the berry bushes for your Empire and use that for a significant surge of food early in the game. However, these bushes do not last forever. After the berries are used up, replace them with farms, or create other Mills nearby hunting resources. You can also utilize Docks, creating multiples of them near shorelines to harvest fish.

When you want to advance to the next age, rather than creating multiple Landmarks, you’ll be able to focus all of your resources on the House of Wisdom. This is a fundamental structure to maintain throughout your entire campaign, so make sure to place it at a location where you can easily defend it.

If you want to siege an enemy empire early, you’ll be able to do that with your infantry units as soon as you make them, such as the Spearman and Man-at-Arms. Thanks to the Siege Experts passive, you can choose to harass an enemy early, but it won’t last forever. The Abbasid Dynasty’s cavalry, namely the Camel Riders and Camel Archers.

Of the two, you can build Camel Archers earlier in Age II from the Archery Range, and these should be a major priority, especially to do some good hit-and-run tactics against enemies. Because of the mobility of the Camel Archers, you’ll want to use them by themselves, roaming around the map in packs of four to six units. You’ll also want to upgrade anything arrow-related at the Blacksmith station, such as the Steeled Arrow upgrade. You can leave your traditional Archers at your base, protecting your gates.

When you reach Age III, the Camel Rider units will be a significant priority for you. They’re exceptionally good at battling other cavalry units. However, they cost quite a bit at 180 food and 60 gold. Therefore, you’ll want to place in some Veteran Horseman units to bulk up their numbers.

During Age I you want to focus on gathering resources to construct many of your early buildings. Make sure to focus on berries for an early food source to build several villagers. When you can, build the House of Wisdom, and we highly recommend the Culture Wing, where you can learn the Preservation of Knowledge upgrade to make all future technologies cost 30% less for the rest of the game.

While in Age II, focus on creating a small raiding band of Camel Archers to protect your borders, and exchange them for scouts. While costly, they’re incredibly practical and cover ground quickly, and they’re a ranged unit, giving them plenty of hit-and-run tactics. If you find a weak enemy early, taking your infantry over to them and using besieging them before everyone has access to siege weapons is always a good idea.

For the rest of the game, it’s a balancing act to use your Camel Riders and Camel Archers as hit-and-run units to lure the enemy in the traps. You’ll lean on your Golden Age ability pretty often, so that means creating your structure of buildings around the House of Wisdom.